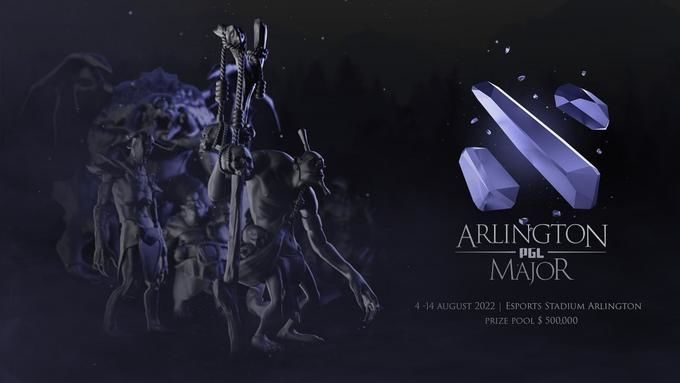 One of the most important international Dota 2 tournaments, the PGL Arlington Major 2022, will continue on Sunday, August 7. RNG vs PSG.LGD will play in the fourth round.

Royal Never Give Up: the Crucial Game

As expected, the RNG team is not having an easy time in the majors. The legendary ana is no longer the magic carry he used to be in his best years at OG. The Chinese team has played six matches so far, but they have only two wins over Thunder Awaken and Talon Esports, three draws, and one defeat. Opponents with whom RNG shared points were Outsiders, Soniqs and Fnatic. The Chinese lost only to their opponents from OG.

Dota 2 fans will finally get a chance to see first-hand what the Chinese teams can do in the international arena in 2022. At the major will be the second appearance in the global Chinese, and lifted the veil of mystery players RNG and PSG.LGD at the end of July on Arab soil in the Riyadh Masters 2022, where the latter won. RNG and made the playoffs but failed to cope in the quarterfinals with Team Spirit (1:2).

In the 2021 offseason, the organization strengthened the roster, and the results came. The RNG players finished third in the Winter Regional League and second in the Regional Finals (mini-tournament instead of the majors). The RNG squad qualified for the majors in the DPC Spring round, but they did so uncertainly. First of all, they blew the end of the championship, and all the matches failed 2:0 - to PSG LGD, Aster, and Xtreme Gaming. The management of the Royals could not watch as their brainchild, just beginning to show something in 2022, is crumbling before their eyes and after the regional league made replacements.

The RNG now has kaka in 4th position and former SAG player Ghost in 1st position. The first battle test was unsuccessful because the renewed RNG squad failed the second regional final, giving matches to PSG LGD (0:2) and Xtreme Gaming (1:2), thus settling for only the fourth position. But there were positive moments in the offseason. Royal Never Give Up won the tournament Gamers Without Borders, where the Chinese and Asian teams participated. In the Grand Final, they beat BOOM Esports (2:0).

But the most important thing this summer for Royal Never Give Up was winning the third summer tourney championship. The team lost only to PSG LGD (0:2) and Dandelion Esport Club (0:2), but good for the team, it did not mean anything.

PSG.LGD continues to lead in Group A. In the five matches played in three days, the Chinese team failed in only one map, winning four bouts and finishing one in a draw. The only team to defeat xiao8 was Soniqs. The Chinese beat four opponents: Talon Esports, OG, Fnatic and Team Liquid. The palying of the world leader so far is amazing.

There's not much to say about the strength of PSG.LGD. This Chinese team will be considered the top favorite in all tournaments where it decides to participate. Since TI10, we haven't seen Chinese squads at international LANs. The whole region missed the first major in Sweden due to covid restrictions. Still, in July, the formidable Chinese participated in the UAE tournament - Riyadh Masters 2022. The Arabian tournament was challenging because all the top players except Asians had arrived and raffled off 4 000 000 dollars in prize money. PSG.LGD players were the tournament champions, destroying Team Spirit (2:0) in the final.

This tournament on the Arabian court can be considered a preparatory tournament. First, this was the first time since TI10 that Chinese teams participated in an international match. Second, the PSG.LGD players had to be in top form before the main event; they had the Summer Regional with their hands down, even refusing to play one of the re-match matches. They can afford it, they're in the majors too, and most importantly, they got a ticket to TI11 long ago.

In my opinion, PSG.LGD is now the most stable team in the world if they are motivated. It is worth realizing that the team xiao8 won the first and second DPC league in China, and Valve's regional finals were organized for the Chinese region instead of the majors. During the summer tour, the team allowed itself to relax because the main task was accomplished ahead of schedule. Even without going to the last match of the replay, the xiao8's team explained this by the fact that the team wants to focus on preparing for international starts, and here is one of them.

The composition of this team has been unchanged for many years, and the main intrigue in the upcoming summer international tournaments is how many times PSG.LGD will allow someone to beat themselves if anyone can do it now.