T1 vs Polaris Esports Prediction: the Favorites to Get a Fight Back 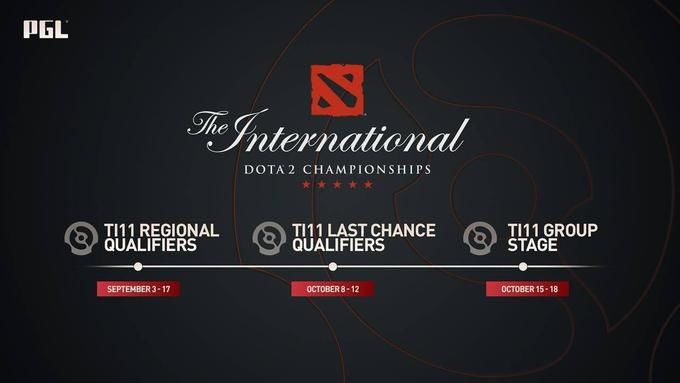 On Saturday, September 17, the Asian region qualifier for the upcoming Dota 2 world event, The International 2022, comes to a close. T1 and Polaris Esports will battle it out for the second grand final berth in the Asian qualifier.

The International 2022: Southeast Asia Qualifier is an online Dota 2 tournament that will take place September 13-17, 2022. This mini-tournament has no prize pool and offers one direct regional berth to the group stage of The International 2022 and two extra tickets to the last chance qualifier that will take place before the main tournament starts in Singapore. In Southeast Asia, 13 teams will fight in qualification. Recall that the two strongest Asian teams, BOOM Esports and Fnatic, have already secured a place in the TI11.

T1: the Team Got Pointed to the Mistakes

Finally, someone from the Asian teams punished the renewed T1 squad for their mistakes on the laning. ana and Topson brought a new style of play to this region, but so far, the repeated TI champions have made many mistakes, but it is not surprising. They are still in the game rhythm after the break, plus they are just getting acquainted with their teammates. Talon Esports pointed out the mistakes to the T1 guys, and this team had one night to correct them because Polaris Esports is not such an easy opponent, and again have to play with Talon Esports if T1 wants to go straight to the group stage of TI11.

Last season, T1 was probably the best team in Southeast Asia, competing in TI10, where they finished 7th-8th, which is a good result. But in the new DPC cycle, things didn't go so well for the guys.

The T1 team did not win a single DPC league: in winter, they were third in the league and second in the regional finals. In spring, they were third but with a bad result in the Swedish major (9:12th place), and in summer, they were fifth in the elite of their region, losing all chances for a direct inquest to TI11. After the summer tour, the only place this team played was the indoor qualification for ESL One Malaysia 2022, where the guys knocked out Polaris Esports players (1:2).

Before the qualification, the organization's bosses realized they needed reinforcement and made a hype and perilous transfer: the legendary ana came to the central carry position, and T1 now has another two-time TI champion, Topson, playing on the midrange.

T1 has already played three matches with the new squad. Against Execration (2:0) seemed easy, but ana hadn't played well, breaking and reassembling builds, and if the Filipinos from Execration didn't punish T1's carry for it, then with RSG (2:0), such moves didn't go well. However, this opponent wasn't playing the best macro that T1 had with the arrival of TI Champs was almost the best in the region. But Talon Esports (0:2) brought the favorites down to Asian soil.

The Philippine team fulfilled their main mission on the previous game day - to get a slot at least in the Singapore last-chance tournament, a historic achievement for a team that has existed for less than a year. The Filipinos defeated the Neon Esports team (2:0) and RSG (2:0) on a decisive day. Evidently, this team played up and was ready to give battle even to the T1.

Note that Polaris Esports in this qualification did not lose to anyone except Talon Esports (0:2), just like their current opponent, T1.

After their disappointing summer tour in Division 1 of the regional DPC league, Polaris Esports has done some work on their mistakes. After battling in the elite of the Asian Dota scene, the team played two tournaments: a closed qualification for ESL One Malaysia 2022 and the GAMERS GALAXY: Invitational Series Thailand 2022 Asian LAN tournament. Notably, Polaris Esports was knocked out of qualification for the ESL One Malaysia 2022 tournament by Talon Esports (1-2). That game was for a slot in the main event, and Polaris Esports won even the first card, but 23savage and Co. pulled themselves together and capped off that encounter. In the second tournament, Polaris Esports made it to the grand final, where they fought BOOM Esports themselves (2-3) but could not win.

Polaris Esports - Philippine team, which was formed in September 2021. From the start, the team established itself as militant and severe, for the fourth place in the first division of the spring regional DPC league speaks volumes. Of course, the pack was focused on making it to TI11. They started in Division 2, which they won safely after the first winter round, while also playing in some Tier 3 tournaments, which they won. But the team failed in the summer round, becoming eighth in the elite and thus eliminated from the ranks of the strongest Asian teams.