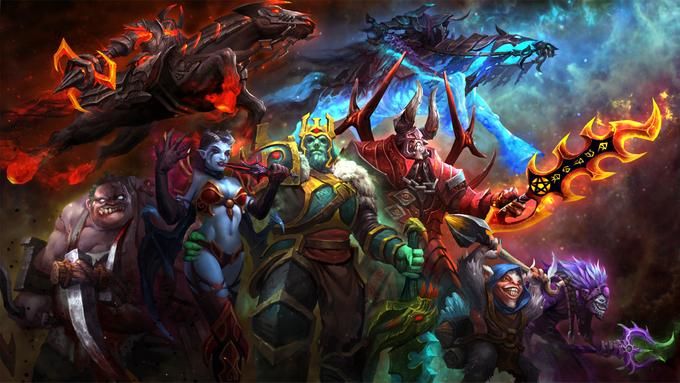 On August 23, Team Aster and Thunder Awaken will play their opening match in the group stage of ESL One Malaysia 2022. Which of the teams will be stronger, we will find out very soon. The meeting is scheduled to start at 09:30.

Team Aster is in great shape. They had a great PGL Arlington Major 2022, taking third place. The Chinese team never defeated Team Spirit, and the Russian squad was the only one to beat them. Before the major, Xxs has quickly snagged a slot at ESL One Malaysia 2022. The team won all matches without giving up a single map during the qualifications. The opponents were not the most serious, but they couldn't complain about the result. Team Aster is performing confidently. The team has lost only three times in the last 20 games. All defeats were from PSG.LGD and Team Spirit (two of the best teams in the world). Therefore, Team Aster can be called one of the main contenders for the title. Of course, the motivation of the team is still unclear. Perhaps the guys won't do their best, but if they want, they'll get the final of the tournament.

Thunder Awaken: Strong Only at Home

Thunder Awaken is only performing well in their home region. In qualifying for ESL One Malaysia 2022, the team secured a slot with a convincing victory in the grand final. However, even in the qualifiers, Thunder Awaken lost to Tempest by a score of 0-2. Then the guys got their revenge, but still. Not much is getting done on the international stage as the last major went badly. Thunder Awaken failed to make it out of the group without a single win at that stage. Yes, Thunder Awaken got a direct invite to The International 2022, but only because of the weak region. There's no need to make a big deal out of this event. Thunder Awaken has already shown that the team can not improve and demonstrate a good game if the tournament is not very important. ESL One Malaysia 2022 is one of those tournaments, and it is unlikely that the Peruvians will impress anyone.

Team Aster looks like the favorite that should have no problem taking the victory.