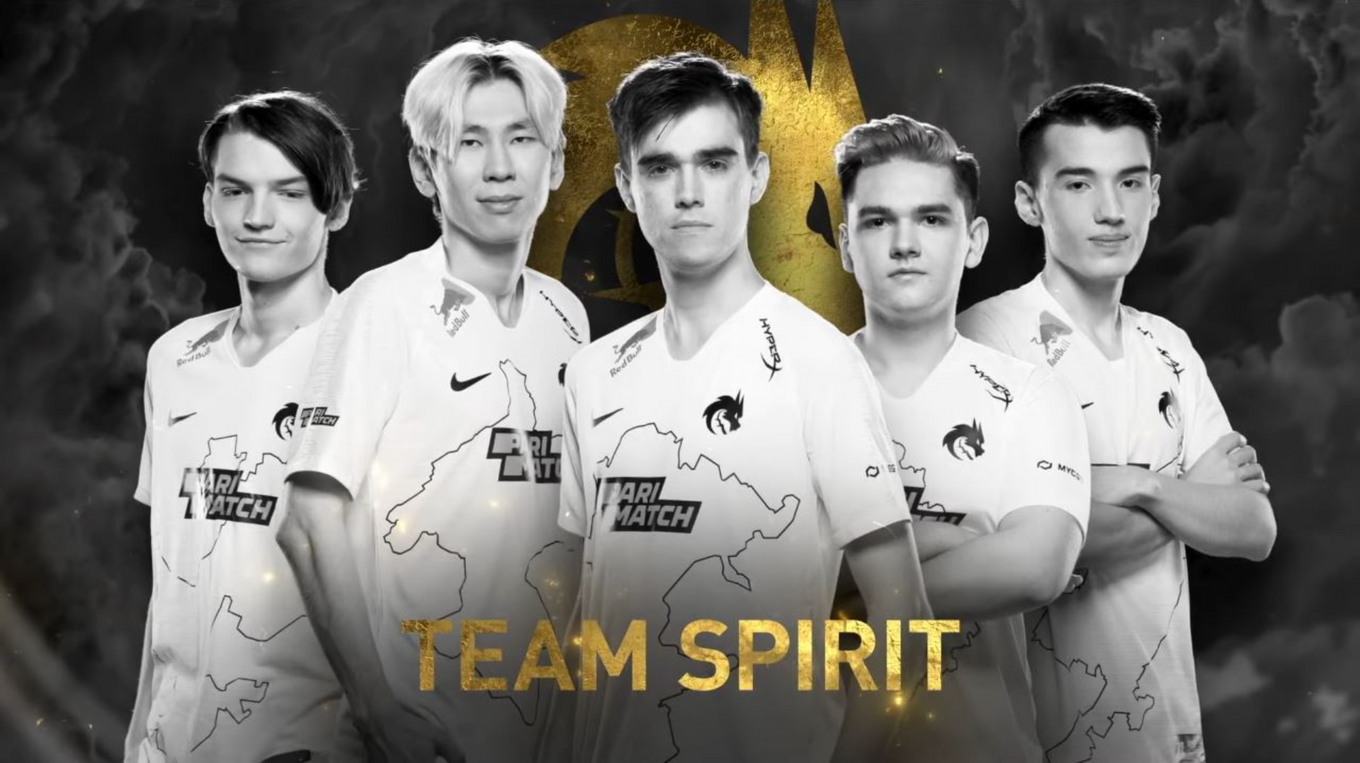 From October 15 to 30, Singapore will host The International 11. At the biggest eSports tournament of the year, twenty teams will battle for the right to raise Aegis over their heads. Teams have been coming to this event throughout the year, participating in regional DPC leagues and majors, so only the strongest representatives from their locations have come to Singapore. But only one group of five players would make their dream come true and write their names in the history of The International tournaments.

Team Spirit and Thunder Awaken will meet in the middle of the group series. Will any of the teams be able to get two valuable points? Or will the teams play a draw?

Last year, the Dragons gave the entire Dota 2 community a fairy tale. The previously unsuccessful Miposhka became the captain of the players unknown to anyone so far. Young cyber athletes grew up under the tutelage of Batka Korb3n, got a lot of experience in T2 tournaments and during the summer qualifications showed that Team Spirit is worthy to play in the biggest cyber event of the year among all the teams from the CIS. The fairy tale continued at TI10: dizzying comebacks, and the way through the lower bracket was thorny. Up until the final, the team only claimed to be "sensational," but after YATOROGOD swept Aegis over their head, it became clear that their hard work had paid off.

Analysts, however, believed that a one-time success would not turn into a permanent dominance. Team Spirit encountered difficulties in the middle of the season, remaining in 9-12th place in Stockholm. But already at the Rhiyad Masters the team lost only in the grand final against PSG.LGD, and in the decisive match in Arlington took revenge on the Chinese. Now the confrontation between the two teams will become iconic for all fans of the game.

YATOROGOD still sets the tone of the carry game. It's true that his position mates are wary of Collapse, his Magnus will never fall out of the meta. Mira and Miposhka don't stand out as individuals, but clearly and measuredly do their job as supports. If you've seen True Sight you know that TORONTOTOKYO can make risky moves and help out in the drafts. All of the players are in the top 200 of the leaderboard right now and have a good feel for the meta. The manager stated that there is no burden of responsibility on the team, and the players came to fulfill their goals.

Team Spirit began the tournament with a draw against Fnatic. On both maps, according to the captain, the drafts were lame. Nevertheless, the Dragons managed to have a successful first day at the tournament, they lost the throne only once in four maps. TORONTOTOKYO is in great shape, currently with a KDA of 16.4. The Russian team confirms analysts' opinions on their level of play, and will not experience much effort in the face-to-face confrontation against Thunder Awaken.

The Peruvians renewed themselves after TI10, and with this roster they cemented their title as the "best team in South America". In all three DPC leagues, the team has won all three, losing only one series. In the majors, however, things aren't going so well. In Arlington, Thunder Awaken tried to put up a fight, but it was not enough to reach the lower bracket. At the Stokholm major in May, the lineup played well in the group stage, and a win over BetBoom Team in the first round of the upper bracket ensured a top-6 finish. At ESL One Malaysia, the team also finished in the top-6, beating Nigma Galaxy along the way.

In the first matches of The International 11, Thunder Awaken was able to squeeze in more results than it was predicted. Pakarz's Pudge, coupled with Sacred's Dawnbreaker, beat Fnatic and Team Secret by a map on Saturday. The opponents let the Peruvian team play the usual draft so far, but they couldn't find the keys to victory. As a result, four maps, three wins, and one loss.

However, that trick won't work against Team Spirit. First of all, Miposhka will not underestimate the South American team and will ban two key characters. Second, in spite of the considerable experience of playing in Tier-1 tournaments, the level of the teams is different. Fans of the crazy style by Thunder Awaken can believe in winning on one map, but the Peruvians will have to put in 200 percent to do so.

Team Spirit averages 26 Frags per map. Even considering the possible meat grinder from the teams, don't expect the Dragons to make more than 60.5 kills in the entire series. The odds on that are 1.99 at 1xbet.

Tier-1 teams take every opportunity to control the Roshans. Much depends on the teams' draft picks, but there is a chance that Total Over 2.5 Roshans will be killed on Map 2. The odds on this outcome are 2.62 at Bet365.

For those who still believe in a sensation (although it is highly unlikely), there is an option with a draw in the series. The odds on this outcome are 2.45 at Betway.