Content
To top
1.
DRX: Returning to the International Arena
2.
Royal Never Give Up: a Repeat of the Last Year?
3.
Expert Betting Tips
Users' Choice
1622 200 USD 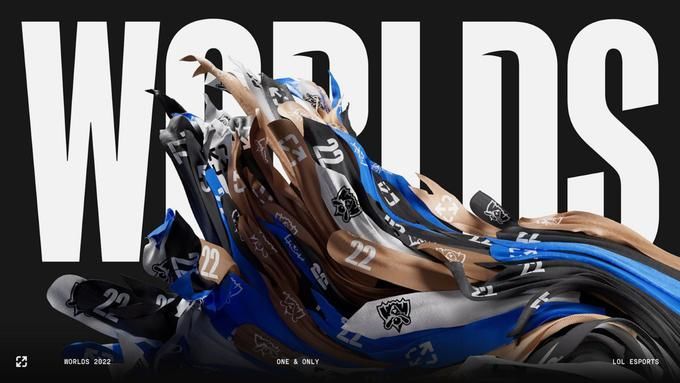 September 29-30 begins the world championship in the cybersports discipline League of Legends. As part of the Play-In stage, Royal Never Give Up, and DRX will face each other in a BO1 match.

World Championship 2022 - the year's major tournament in the cybersports discipline League of Legends. The 2022 edition of the premier international LAN tournament takes place in the United States and Mexico and features 24 teams worldwide. The tournament, which runs September 29-November 05, 2022, has $2,225,000 in prize money.

DRX: Returning to the International Arena

DRX has been quite successful in the Korean championship and has regularly played in international tournaments. With a new roster name, the team participated in the MSI and World Championship tournaments in 2020. The past year has been a failure for the organization.

The 2022 season was also supposed to be a failure for DRX, as the team finished fifth in the LCK Spring Split and sixth in the Summer Split. A World Championship appearance was out of the question. Still, the players of this team became the primary sensation of the regional finals, in a mini-tournament for an extra two tickets to the World Championship 2022.

With a few points, DRX began the tournament at the bottom of the grid, with no margin for error, and the first opponent was the team KT Rolster (3-2). The game was equal, but theopponent was leading the series 2-1 and was one step away from passing on, but DRX players could make a comeback and break into the next round, where the last slot in the World Cup was played. The next opponent was SANDBOX Gaming (3-2), and the situation was the same - the opponent led 2-1 on cards, but the final victory went to the nominal outsiders from DRX.

Reaching the World Championship 2022 is an excellent success for DRX, but let's be honest, they are far from the tournament's favorites. Yes, the Koreans have to pass the Play-In stage, but in the game with RNG, there is little chance of success.

Royal Never Give Up: a Repeat of the Last Year?

On the eve of the 2022 season, the Royal Never Give Up roster has not changed much. Xiaohu is back, which is more to do with the player's wishes, so Yuekai left the team. The vacant top position was filled by Bin, who was very good at Suning and was the vice world champion in 2020. By the way, it was Bin that the organization decided to give up despite winning the LPL and MSI-2022 spring split, and Breathe, who had previously played at Bilibili Gaming, was signed to replace him.

RNG won the spring split LPL and MSI. The team certainly didn't weaken and showed some excellent play, but like last year, the team started having problems during the Chinese Summer Split. RNG was content with only 5-6th place in the Chinese LPL Championship, losing their first playoff match to reigning world champions EDward Gaming (1-3).

The team had to contest the right to play in the World Championship in the regional finals, where there were again big problems. In the slot's first game, RNG again lost to EDward Gaming (2-3). Moreover, RNG went 2-0 on the maps but gave an incredible comeback to the reigning world champions. Falling to the bottom of the grid, Royal Never Give Up fought last year's participant LNG Esports (3-2) for the previous World Championship slot. And that game was challenging; again, the team led 2-0, gave a comeback, and took the fifth map. Otherwise, it would have smelled almost like a disband.

At the World Championship 2022, we consider RNG as a participant in at least the playoff stage, and therefore the starting Play-In tournament should pass without a single point loss.