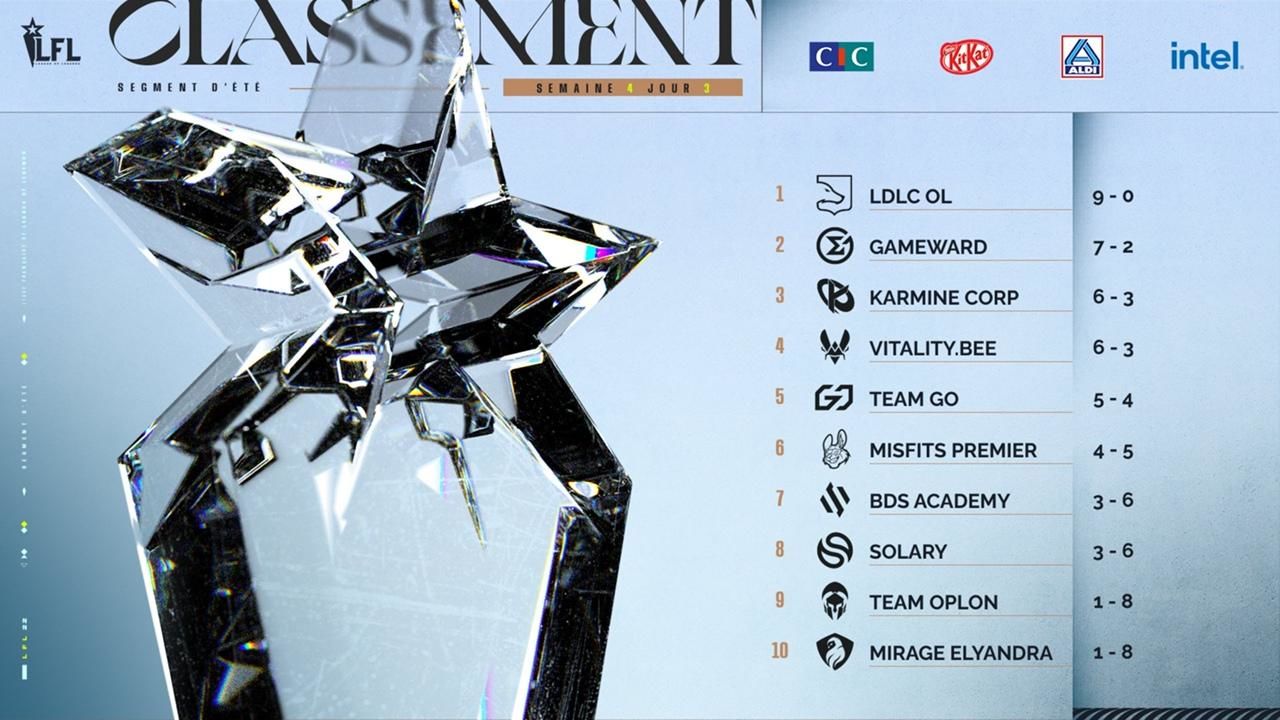 On Wednesday, June 29, the first day match of the fifth game week of the LFL Summer 2022 tournament will take place. This will be a clash between Misfits Premier and GameWard.

The Misfits Premier journey in this split didn't start off too well. The guys lost to GameWard in their opening match, and at the end of the first week, they crashed and burned at the hands of Team GO, going 0-2 from the start. The second week started with a more devastating defeat against Vitality.Bee, but at the end of the week, the guys could pull themselves together and beat Mirage Elyandra, thus going 1-3 at the end of two weeks. Week 3 began with another loss. This time, Solary took important points from Misfits Premier, and at the end of the week, LDLC OL gave the guys the losing streak, sending Misfits Premier to 1-5 at the end of three weeks. This super week, which falls in the fourth game week, Misfits Premier faced off against Karmine Corp, Team BDS Academy, and Team Oplon. In the match against Karmine Corp, Zanzarah could pull out the game for his team, thus breaking a two-loss losing streak. The second day was also a great day. Having beaten Team BDS Academy, the guys got back in the race for the playoffs, and in the third game, Misfits Premier had no problem finishing it off, thus going from 1-5 to 4-5. In Week 5, the boys will meet GameWard and Team GO. They must beat these opponents to be more confident of advancing to the next stage.

Misfits Premier (formerly Misfits Academy) is a Misfits Gaming academic team that competes in the French League. Since the lineup began competing in the LFL, the organization has never mired below third place until 2022.

The 2022 spring split was the organization's worst ever. The guys finished 4th overall, 11-7, but lost to Vitaity.Bee 3-0 on the maps in the first round of the playoff stage, thus finishing 5th in the spring split. Before the summer split, the organization decided to replace two players.

GameWard: Second place at the moment

This split started very well for GameWard. In the first week, the guys had no problem winning against Misfits Premier and then defeated the reigning EU Masters champions, Karmine Corp. In week two, GameWard continued their win streak by defeating Team Oplon, but at the end of the week, Team GO stopped GameWard's winning streak in a very close encounter. Week 3 began with a win against Vitality.Bee, and towards the end of the week, the guys defeated Team BDS Academy, thus going 5-1 at the end of the three weeks. This super week, which fell on the fourth game week, saw GameWard face Mirage Elyandra, LDLC OL, and Solary. In their opening match of the week, GameWard easily defeated Mirage Elyandra, making the score 6-1. The loss against LDLC OL did not put the guys far behind, but Karmine Corp caught up with GameWard on points. The guys finished this week on a winning note, beating Solary and solidifying second place with a score of 7-2. In week five, GameWard will face Misfits Premier and Karmine Corp. They should beat both.

GameWard was able to get into the LFL as a team that was supposed to expand the league from 8 to 10 teams, but they ended up just replacing another organization. Starting in 2020, GameWard began to perform quite well in France's premier league. A stable 5th place in 2020 and the spring split of 2021 suited everyone, but the summer split of 2021 was not very successful, taking only 7th place.

This season's spring split was the worst ever for GameWard. After finishing in 8th place with a score of 7-11, management decided to take a risk by leaving the lineup with no replacements for the summer split.

In this match, I will take a risk by taking the victory of Misfits Premier for 2.00.