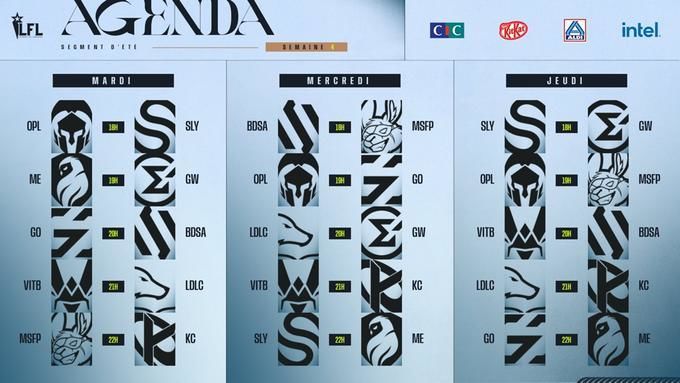 The fifteenth match of the fourth week of the LFL Summer 2022 tournament will take place on Thursday, June 23. Team GO and Mirage Elyandra will clash in this encounter.

LFL Summer 2022 is the highest level of the French ERL league. In this league, the best teams in France fight for the right to play in the European Masters (EU Masters) 2022 Summer and participate in the regional finals. This split takes place from June 1 to July 28.

Team GO started this split with a win against Solary, and then against Misfits Premier. Going 2-0, the guys set themselves up positively for the second week, which didn't turn out too rosy. After losing their opening match to Karmine Corp, Team GO pulled themselves together and in a very close encounter, snatched a win from GameWard, going 3-1, at the end of two weeks. Week 3 began with an upset loss against LDLC OL, and at the end of the week Vitality.Bee demolished their opponents, sending them to 3-3 on a three-week tally. This super week Team GO will face Team BDS Academy, Team Oplon, and Mirage Elyandra, all of whom they can easily beat. In the opening match, Team BDS Academy was able to win all the key fights, thus winning this meeting. The second game day was better for Team GO. A confident victory against Team Oplon, gave the guys fifth place in the overall standings, with a score of 4-4.

Team GO is a French team which was called GamersOrigin in April 2022. This organization has participated in the LFL since 2019, where they immediately began their dominance. Until the beginning of 2021, GamersOrigin was ranked in the LFL and always ranked in the top 6 of the EU Masters. In 2021, things took a turn for the worse. Seventh place in the spring and summer splits didn't suit the former league champions very well.

In the 2022 Spring Split, the guys struggled to make the playoffs from 6th place but were knocked out in the first round by Team BDS Academy 3-1 on the maps. For the summer split, the organization switched two players.

Mirage Elyandra didn't do too well in the spring split, but pretty good for their first time. The guys were in 9th place overall, with a score of 6-12, but they were only three wins away from a playoff spot. For the summer split, the organization decided not to make replacements.

In this match, I will take a risk by taking the victory of Mirage Elyandra for 2.76.