Vitality.Bee vs LDLC OL Prediction: We believe in the academy squad of Team Vitality 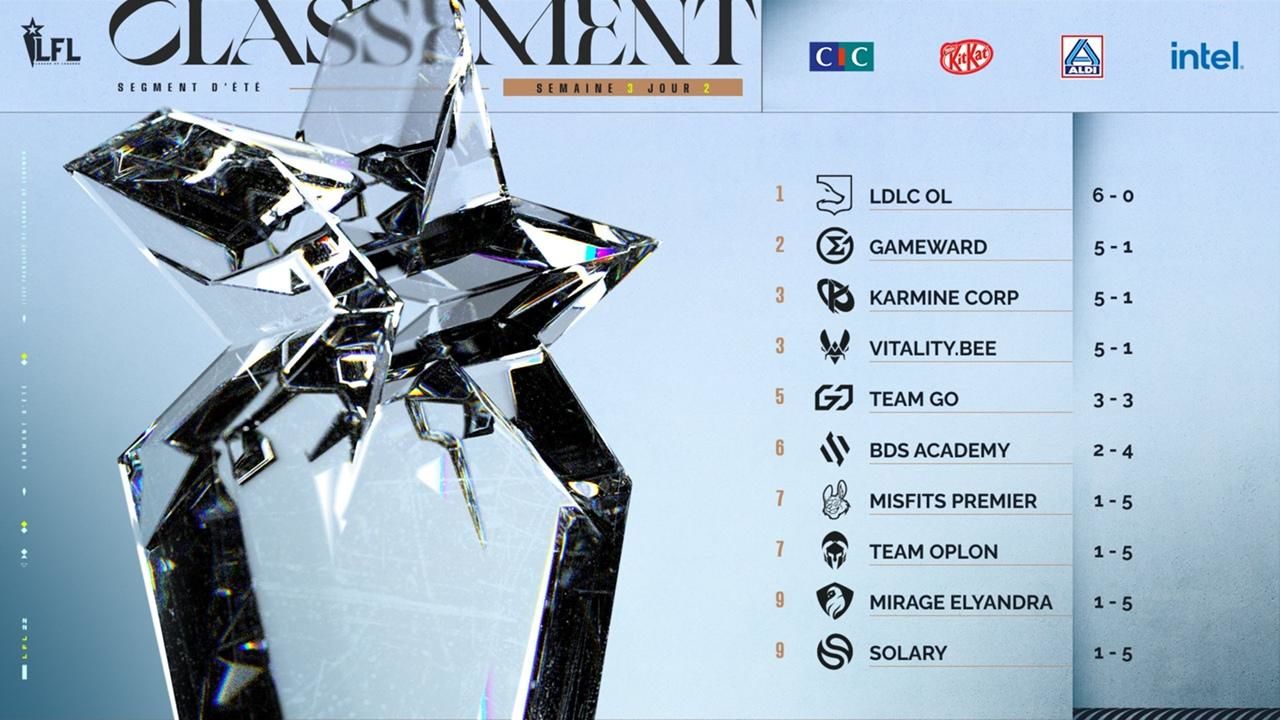 The fourth match of the fourth week of the LFL Summer 2022 tournament will take place on Tuesday, 21 June. Vitality.Bee and LDLC OL will clash in this encounter.

LFL Summer 2022 is the highest level of the French ERL. In this league, the best teams in France battle for the right to participate in the European Masters (EU Masters) Summer 2022 and the regional final. This split takes place from 1 June to 28 July.

Vitality. Bee's journey in the summer split started very well. In the first week, the boys defeated Mirage Elyandra, and at the end of the week, they also defeated Solary, thus going 2-0 from the start. The second week also went without any problems. Misfits Premier failed to put up a serious fight on the first match day, and Team Oplon tried to do something, but it was not enough. The third week started with a loss against GameWard, but at the end of the week, the guys pulled themselves together and took the winning points from Team GO, thus going to a 5-1 score at the end of three weeks. This super week Vitality.Bee will face LDLC OL, Karmine Corp, and Team BDS Academy, who will be difficult but possible to beat.

Vitality.Bee is the academic squad of Team Vitality. They emerged in 2019 and went straight into the LFL. Vitality.Bee has come out quite well. The boys made the playoffs in their first split but only finished in fifth place. After that, the team steadily made the LFL playoff stage and occasionally finished in the top places.

The 2022 spring split for Vitality.Bee came out very well. After finishing 5th overall, the boys reached the playoff stage, where a 3-0 win on the maps against Misfits Premier allowed Vitality.Bee to enter the EU Masters from the Play-In stage. The EU Masters itself went much better for the boys. Going through the Play-In phase in the first place, Vitality.Bee achieved the same result in the main phase, thus reaching the playoffs in the first place of their group. In the first round, Vitality.Bee had no problems defeating Fnatic TQ 3-0 on the maps. The semi-finals, on the other hand, were not pretty. Karmine Corp stopped their opponents with a 3-2 on the maps and was crowned champions of the EU Masters spring split. Before the summer split, the organization decided not to make any substitutions, leaving the line-up unchanged.

LDLC OL's journey on this split started very well. In the first week, the boys picked up a win in a close encounter against Team BDS Academy, but they got no further than a simple road. Team Oplon also had a serious fight but couldn't take the win from LDLC OL. The second week started much better. Mirage Elyandra tried to do something, but it wasn't enough, and Solary couldn't even match anything. The third week started with an unrealistically close win against Team GO, and at the end of the week, LDLC OL crushed Misfits Premier, thus going 6-0 at the end of three weeks. This super week the boys will meet Vitality.Bee, GameWard, and Karmine Corp, who will be very problematic to beat.

LDLC OL is a French professional eSports organization based in Lyon. OL is an acronym for the French football club Olympique Lyonnais. They were previously known as Team-LDLC. This organization's journey began in 2015, and until 2018, the boys picked up one trophy after another. In 2019, LDLC OL took part in the LFL, where they became champions of the summer split, spring split, and season finale. Things were less fortunate in 2020, but the boys were at least in the top 4 at all the splits and EU Masters stages. 2021 was the worst year for LDLC OL. 9th place in the spring split and 5th place in the summer stage.

The spring split of 2022 put things back on track. The boys finished the main stage in the first place, 13-5, and in the playoff stage, they first demolished Karmine Corp 3-0 on the maps and then won 3-2 on the maps against Team BDS Academy in the final split. EU Masters also came out very well for LDLC OL. The boys made the playoffs without losing a single match in the group. The playoffs themselves made them sweat. After beating X7 Esports and AGO ROGUE 3-0 on the maps, LDLC OL lost to Karmine Corp 3-1 on the maps in the final, thus taking only second place. The organization made no substitutions for the summer split.

In this match, I will take a risk by taking the victory of Vitality.Bee for 2.00.