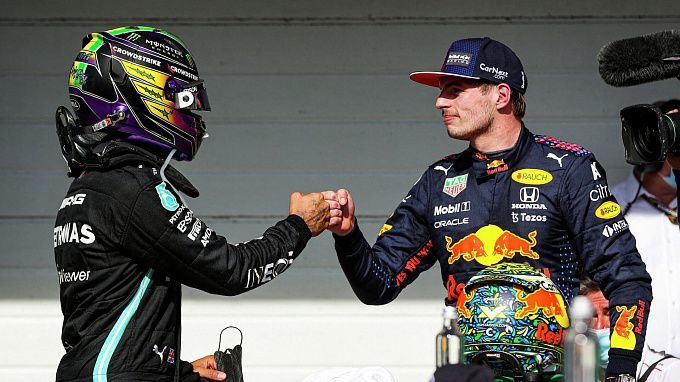 Formula 1 round 3 will take place on the Melbourne Grand Prix Circuit on April 10, 8:00 (UTC+3). Who will come out stronger in this race? Max Verstappen or Charles Leclerc? Or will Lewis Hamilton join the fight after a bad practice? We will tell you what to expect from the Australian Grand Prix and advise you what to bet on.

The victory in the Saudi Arabian Grand Prix was celebrated by the Red Bull team. Max Verstappen was able to beat his main rival from the Ferrari team, Leclerc, by 0.549s, thereby getting back into the fight for the title. The Dutch driver is now third in the individual standings, and his gap to the Monegasque is 20 points. Apart from that, the Bulls have noticeably slipped in the World Constructors' Championship. They were about to catch up with the second Mercedes, with an advantage of only one point less (37), while the first Ferrari had too solid an advantage (41 points).

The Albert Park Circuit is not very suitable for Ferrari cars, but Leclerc said in an interview that he would fight for the victory in spite of this. In the first practice Charles showed the second time, losing to his teammate by half a second, but in the second he was first, ahead of Max Verstappen by 0.245 seconds.

Lewis Hamilton did not do well in Saudi Arabia. He crossed the finish line only tenth, 73.948 seconds behind the first Verstappen. Definitely, such a performance of the seven-time world champion cannot but be dissatisfying. Lewis can't say he performed well in the first two sessions. First he showed the seventh time, and after that the 13th.

“Overall, I think the track characteristics here are not fitting very well with our car. Everything is to play for, and I still think we will be in the mix; it will still be very close, it is not like it is going to be a big gap so if we do the perfect weekend anything is possible. I think the old track would have suited us better, but it is the way it is now, and we will try to maximize everything this weekend as always.”

“I think in FP1 and at the beginning of FP2 we were lacking a bit of balance, then for the final run we changed the car around a little bit and I felt a lot happier. We are still a tiny bit off Ferrari, but I think this weekend we can maybe make it a little bit closer. In the long run, I think everything worked well, so I am happy about that, and we’ve made some good improvements today. We are heading in a good direction and we’ll try to build from there.”

What we have after two practices: Leclerc is the first, and Max Verstappen is right behind him. However, we expect a completely different result in the race. After winning in Saudi Arabia, the Dutchman is clearly uplifted. Team Red Bull will need to do a lot of work with their cars in the weekend, as the performance in the race will determine their place and the gap from Ferrari in the WCC. All in all, we suggest betting on Verstappen's victory in the race for excellent odds.

Prediction: Max Verstappen is the winner of the race.