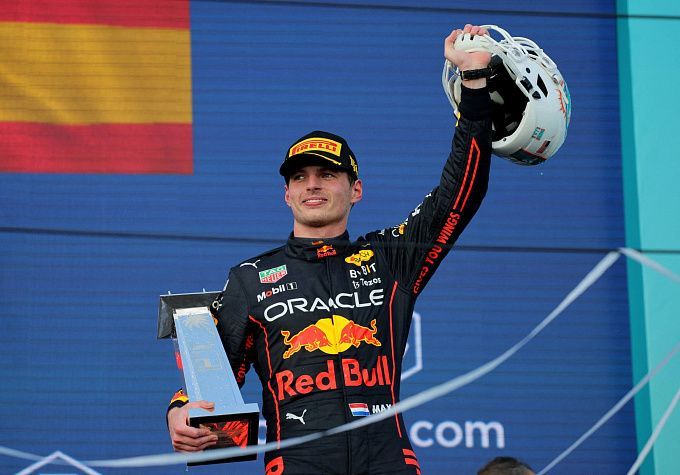 The Miami Grand Prix was a great success for Max Verstappen, but the Dutchman's main rival – Charles Leclerc – also made the podium. Can the Red Bull man win his third Grand Prix in a row? What's the best bet? Let's find out the answers.

Once again, we should note that Max now has two wins in a row under his belt. The Dutch pilot has now created a comeback and is now breathing down Leclerc's neck, who has a 29-point advantage in the individual standings. Verstappen has no margin to lose in the upcoming weekend, as the gap from the Monegasque could widen again.

Red Bull have also been visibly troubled. The team is vying for the lead in the World Constructors' Championship, only six points behind first-placed Ferrari. So this weekend the Bulls need to do as much work as possible to get their cars in perfect condition, as it is likely that the Red Bull will top the standings after this race.

The first two practices saw Leclerc set the best times. The first time he did his best lap in 1:19.828 and the second time he beat his own time of 1:19.670. Verstappen, on the other hand, clearly had some problems with his car. The Dutchman set his best lap time of the last two practices in 1:20.006, ranking fifth.

“Our qualifying runs don't look bad, but we have some work to do, in particular on our race pace and on tyre management. The stints we did on the Soft compound felt better than those on the Mediums. Tonight, we will analyse our latest data to find where we can improve on this track, as the conditions are very different to the last time we were here during winter testing.”

"It was a bit tricky to find the right balance with the heat as well. We clearly have a little bit of work to do over one lap but long runs at least they look quite decent. I’m happy with that just [but we are] trying to try and find a middle way. It’s tough on the tyres of course around here. We are not on top of that yet in terms of balance. At least we know that the weather is going to be consistent so we can just work on it. The main focus needs to be on speed on the fast lap."

Though Max Verstappen was not the best in the first two practices, he is more likable to us. Of course, there are problems with the balance of the car, which team Red Bull has yet ro fix. Note that this season in almost all the free runs, the Dutchman complains about his car, but this does not prevent him from winning races. He almost caught up with Leclerc in the individual standings, and after two victories on fire. In our opinion, the Red Bull's mentee and current Formula 1 champion will once again take the top spot on the podium.