Aalesunds vs Rosenborg Prediction: Will We See the Goals and the Visitors to Win? 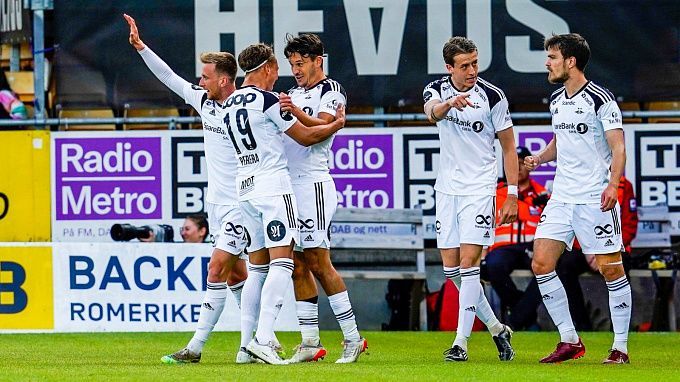 Prediction for the Eliteserien Aalesunds vs Rosenborg match, which will take place on July 17. Who will turn out to be stronger? Check the team conditions! Several betting options are available.

After defeating Stremsgodset (1:0), Aalesunds traveled to Sandefjord. In that game the teams scored two goals each and did not reveal the winner. In 14 matches, Olesund claimed five wins and earned 20 points. At the moment, the team is seventh in the Norwegian league standings.

After an away draw against Viking (1:1), Rosenborg returned to their home arena to take on Jerv. The encounter was quite tense and very productive. Despite the opponent's resistance, Rosenborg got a 3:2 victory. With 21 points, the club occupies fifth place in the Norwegian league standings.

We expect high performance in the upcoming match. In the previous four official matches the opponents scored at least three goals. So we think this series will last in the next meeting. We can also consider the option of at least two goals from the visitors. At this stage of the season, the players of Rosenborg are in the best condition.