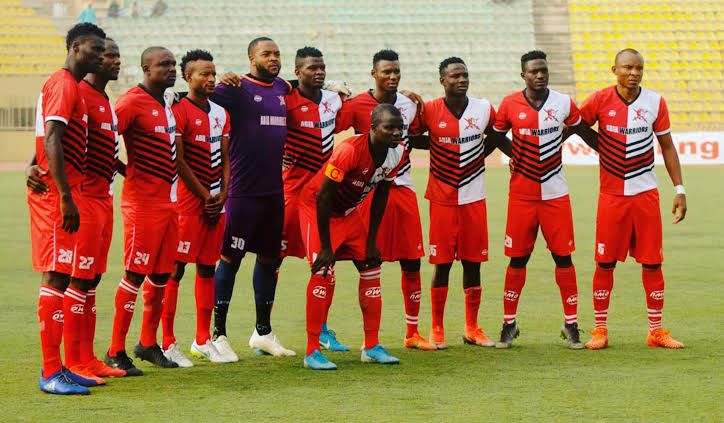 It's the battle of the relegations as Abia Warriors lock horns with the Mountain of Fire Ministry football club at the Enyimba International Stadium on Wednesday. Both teams are fighting to stay up, however, home advantage gives the hosts a boon over the visitors.

Abia Warriors are desperately in search of their first win in the last five games, they have only earned two points from a possible fifteen in recent matches and need a miracle to stay up this season.

They were defeated by their fellow relegation bound team Heartland United on matchday 24 as they left Owerri without a point.

With three points from this match, they will move away from the relegation zone and move to the 15th position.

Abia Warriors have never lost a game in all their twelve matches played in their stadium, they have won five and drawn seven scoring sixteen goals and conceding nine.

Not even prayers could save the visitors from relegating this season, they have had twenty-four points in their last twenty-five games.

They failed to take all the three points at home against Enugu Rangers in a toothless draw on matchday 25, as both teams shared the spoils in the 90th minute.

MFM FC have never won away from home this season, having played out four draws and eight losses in their last twelve games.

They have picked up four points in the last five matches scoring two goals in those encounters.

Abia Warriors are not better than MFM FC but have the edge because they are playing at home, they have not kept a clean sheet in their last eight matches and that's why we are going to back them with a win and over 1.5 for 1.70.

The home team haven't lost at home this season, they need three points to stay off the relegation zone and are presented with a golden opportunity against an average MFM FC side, we believe they are going to get a win here, bet on half time win for 2.01.