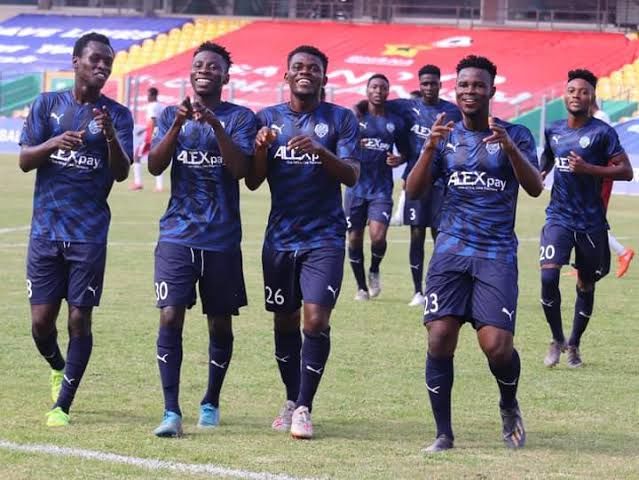 Accra Lions are presently 14th on the table with six wins, six draws and nine losses in twenty matches played so far this season, moreover, they are just three points above the relegation zone.

More recently, they were beaten away from home in game week 21 by Bechem United after Emmanuel Annor's goal in the 68th minute downed the visitors.

Rainer Kraft's side are unbeaten in nine of their last ten home Premier League games this season but have fired blanks in eight games in that process. That's 38% of contests where they have not been able to find the back of the net.

The away team are just two points ahead of the host and could extend the points if they manage to win here. After the humiliation result against Asante Kotoko in game week 20, they bounced back against their fellow relegation bound Elmina Sharks courtesy of Godfrey Kyei's goal in that encounter.

Gold Stars happen to be one of the worst teams away from home this season, they have failed to win a single match in their last eleven attempts.

Bibiani Gold Stars head into this match having picked up seven points from the last five games, both home and away. That's 1.4 points per game on average and have seen BTTS in just one of those games.

Both teams have met just once, Gold Stars were victorious in that encounter with a (2-0) scoreline.

Both teams are battling for their life and home games prove to be the best territory to acquire points, the away team have not won away from home while the home team have only lost once this season, bet on a home win for 2.03.


Tags:
Rating:
0
Comments (1)
Adam Wood Betmaster
User
How do you do these things
I'm in awe of your predictions.
The corners were massive