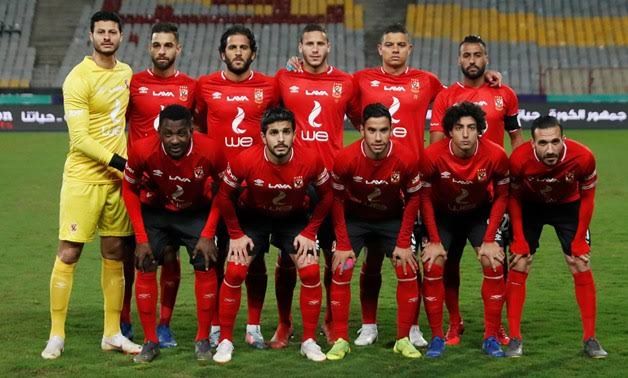 Welcome to one of the toughest tournaments in the world as ten times champions Al Ahly welcome Algerian heavyweight to the WE Al-Ahly Stadium on Saturday. Can the visitors upset Al Ahly at home?

Al Ahly are the most successful team in the history of the tournament having won it ten times, they are about to make it three times in three years if they later succeed as the tournament progresses.

They failed to take advantage of Raja Casablanca's red card in the first leg which might later affect their progress. It was indeed a bright start for Al Ahly when they struck twice in the first half and Raja managed to pull one back just before the half time whistle. Raja's Hadoudi was shown a red card in the 59th minute for a bad foul , however, Al Ahly didn't exercise that opportunity as the match ended in a 2-1 victory for Al Ahly.

The return leg went as planned as Al Ahly drew with Raja Casablanca away from home and qualified for the semifinals on (3-2) aggregate.

The Red Devils have failed to win in the league since their (1-1) draw against Raja Casablanca.

Unfortunately, their season has been nothing but embarrassing as they now sit 9th in the Algeria Professional League and are fifteen points behind the league leader CR Belouizdad.

The Black One are on the verge of not participating in the tournament next season if they fail to make the top three, meanwhile, this tournament provides another route if they win it.

They managed to hold on against Esperance in the first leg as they ranked the second-best in that encounter but were victorious in the second leg after a slim (0-1) win away from home.

Up next is against a team who are very ruthless and professional, they need luck to salvage a point here.

Both teams have met three times, both teams ensured they won in front of their home fans, and a draw was recorded.

Al Ahly are no match for any team in this tournament and with the way it’s going in the Egyptian league, it seems they have no hope again as Zamalek sit first with eight points above them with three games to spare. They are going to focus more on retaining CAF title and they have some experiencred players in their team.

We are backing Al Ahly to win and score more than a goal for 1.65.

Al Ahly won't hold back at any point in time, bet on the halftime win for 1.70.