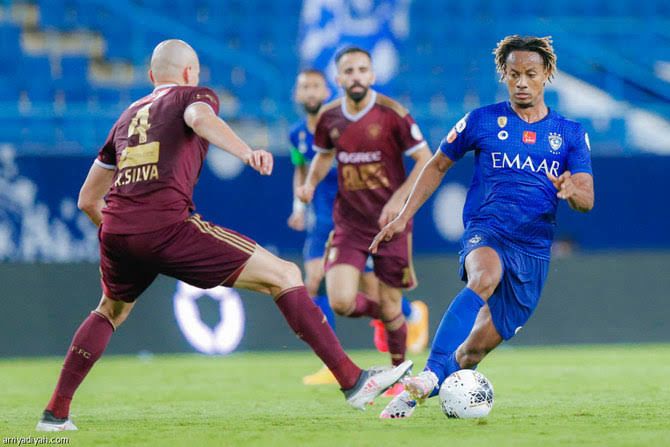 Last week, Al-Hilal conceded for the first time this season and lost their first match after four rounds of wins in the Saudi Professional League. While the home team will look to turn their last draw against Al Wehda to a win, Al-Hilal will hope to get back to winning ways when they travel to Prince Mohammad bin Fahd Stadium in Dammam.

Al-Ettifaq - a win at home is possible

In their previous matches, Al Ittifaq won 1 game against Al Batin, lost 2, to Al Tai, Al Raed, while 2 games ended in draws against Al Ittihad, Al Wahda. Al Ittifaq managed to score six goals and conceded five goals. Al Ettifaq scored an average of 1.2 goals per match in the current league season. In terms of discipline, the home team received 8 yellow cards and 0 red cards, making 8.40 fouls on average in every match they played this season. Al Ettifaq seems good at keeping the ball, having an average possession of 54.40% in this season.

Al-Hilal - Title holders to get back to winning ways

Al Hilal enters this match having won 4 matches of their last five Al Khaleej, Al Feiha, Al Fateh, and Al Wahda without conceding a goal in those matches, lost 1 to Al Taawon in their last week’s match at honey, while 0 fixture ended in draw. The team scored 5 goals while conceding 6 goals. In away games, Al Hilal scored an average of 1.8 goals per match and conceded 0.4. The team received 8 yellow cards and 0 red cards, while the total number of fouls committed is 63. Ball possession is very good form Al Hilal, with an average of 63.60% overall in this season.

Al Ettifaq and Al Hilal have a pretty solid H2H history, as they met 30 times in the last seasons, with Al Ettifaq winning 2 games, while Al Hilal won 21 games. A number of 7 games ended in a draw. Al Ettifaq scored 25 goals in the head to head meetings, while Al Hilal managed to score 60 goals. The overall leader in the H2H games is Al Hilal with 21 wins, while Al Ettifaq won only 2 times.