Content
To top
1.
Al-Hilal - hopeful of putting an end to two winless matches
2.
Al-Shabab - a win or draw is enough to keep their place at the top of the table
3.
Expert Betting Tips
Users' Choice
2113 200 USD 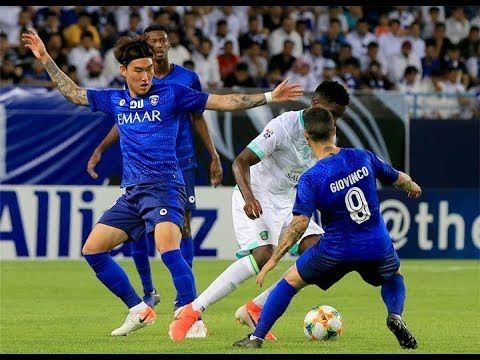 Al-Hilal will play host to the current league leaders, Al-Shabab in the round of seven match in the Saudi Professional League. While Al-Hilal has been struggling to get a win in their last two league matches, losing one match and ended their last match with a nil draw against Al-Ettifaq, Al-Shabab will look to pick up another victory to make it seven wins in seven matches. We give a detailed analysis of the match in the succeeding paragraphs.

Al-Hilal - hopeful of putting an end to two winless matches

In their previous games, Al-Hilal had a record of three wins, one against Al Feiha, one against Al Fateh, and one against Al Wahda. They had one loss, which came against Al Taawon, and one draw, which came against Al Ittifaq. Al Hilal could score six goals while only allowing three goals to be scored against them. During the current league season, Al-Hilal has averaged 1.5 goals scored per game they've played. The home team was given ten yellow cards but none for a red card during their matches, and they averaged 11.67 fouls per game. In terms of discipline, the home team did not perform well. This season, Al Hilal has had an average possession of the ball of 65.50%, which indicates that they are good at keeping the ball. When we go up against the Al-Shabab team, which has been doing so well this year, we hope for a better performance and a victory at home.

In the 2022/2023 Saudi Professional League, Al-Shabab will play for the first time without being the bookies' favorite, even though they have been the best team through the first half of the season. Al Shabab is coming into this match, having won their previous five games in a row, beating Abha, Al Tai, Al Adalah, Al Feiha, and Al Raed, respectively. The team scored twelve goals while only allowing one to be scored against them. Away from home, Al Shabab scored a mean of 2.5 goals per contest while only allowing 0.17 to be scored against them. The team was shown seven yellow cards but none of the more serious red cards, and they committed sixty-five fouls. The time that Al Shabab has been in possession of the ball this season stands at 61.83% on average. Because Al-Hilal has been performing poorly as of late, the away team will go into this match with the expectation of maintaining their status in both defense and attack. The visitors will have to fight very toughly if they want to keep their position at the top of the table.

Al-Hilal and Al-Shabab are currently the best teams in the Saudi Professional League. Both of these teams have established themselves as mainstays in the league over the years, and Al-Hilal has been the champion of the Saudi Professional League for the past three years. In the meantime, Al-Shabab has remained undefeated throughout the season, coming out on top in every contest. Given their recent results and the fact that they are a solid attacking unit, the best bet for this match will be to wager on multiple goals being scored.