Altach vs Red Bull Salzburg Prediction: a lot of goals will be scored in this contest 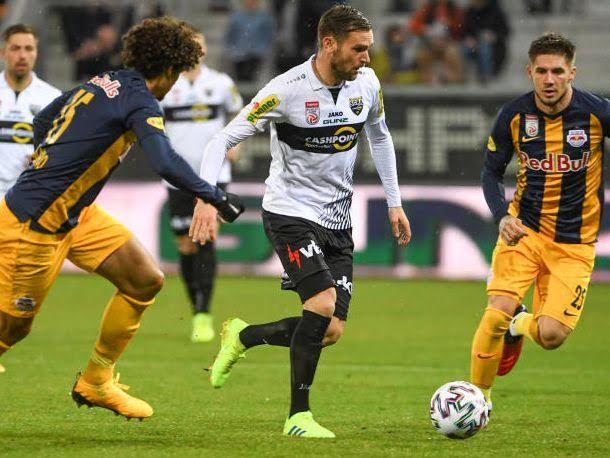 In the eleventh round of league play, Red Bull Salzburg will face off against Altach at Cash-Point Arena in Altach, and they will be travelling there to do battle to try and come out on top. Will Altach be able to build on their recent two victories and leave the bottom of the league standings, or will Salzburg be able to overcome them on their turf? Following our review of the match, we present the expected results of the game in the table below.

Altach - the home team will struggle this time

Following their 2-3 victory over SV Ried in the Bundesliga, Cashpoint SCR Altach is looking to add another win to their resume. During that match, Cashpoint SCR Altach had a 50 per cent possession and ten shots on goal, with three finding the back of the net. Atdhe Nuhiu, four minutes, Alexis Tibidi for fifty-three minutes, and Johannes Tartarotti for 70 minutes were the Cashpoint SCR Altach players who scored goals. The opposition, SV Ried, had 16 shots on goal, just 7 of which were on target. SV Ried got goals from Leo Miki in the eighth minute and Philipp Pomer in the twenty-fourth minute. In the most recent games, Cashpoint SCR Altach has been unable to avoid giving up a goal too frequently. The stats demonstrate that Cashpoint SCR Altach's defense has been broken into in 5 of their last six matches, resulting in 14 goals conceded during that period. Looking at the facts before the encounter, Cashpoint SCR Altach has not prevailed against Red Bull Salzburg in any of their four league meetings. They have not won a league game at home in any of their most recent three league matches, which they are hoping to put a stop to if they are successful with a triumph. However, to stop the attacking forces of Red Bull Salzburg, which has scored at least one goal in each of their last five matches, they will need to put on a lot of defensive displays.

In their most recent Champions League match, Red Bull Salzburg defeated Dinamo Zagreb by a score of 1-0, giving them momentum heading into this matchup. During that contest, Red Bull Salzburg had 47% possession of the ball and 18 shots on goal, with 6 of those shots finding the target. Noah Okafor, in the 71st minute, was the one who scored for Red Bull Salzburg. At the other end of the field, Dinamo Zagreb had ten shots on goal, with three finding the target. As a result of a string of committed performances by the Red Bull Salzburg defensive line, the team's total goal differential now stands at four, with only four goals conceded in their past six matches. During the same period, their forwards have accounted for 8 of their team's goals. We anticipate a large number of significant opportunities to be created and converted throughout this encounter, which lends credence to the notion that Red Bull Salzburg will emerge victorious from this contest thanks to the formidable offensive and defensive capabilities they possess.