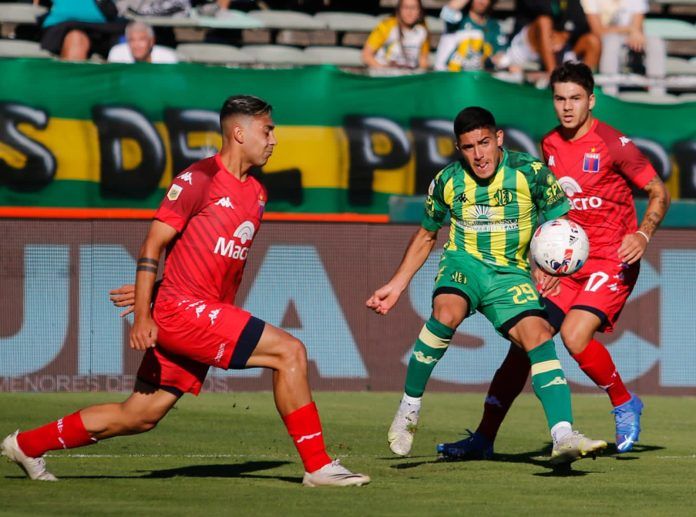 In the upcoming fixture of the Argentine Primera Division, Club Atletico Tigre will play C.A Aldosivi at the Estadio José Dellagiovanna in Victoria, Buenos Aires. Going in the game, Tigre, the hosts, stand 9th with 7 wins and 30 points from 21 games played. On the other hand, Aldosivi is struggling as usual and stands last in the table standings with just 3 wins and 13 points so far. We can say that this is Aldosivi’s poor season so far. However, when the last time these two sides played against each other, Aldosivi won 1-0.

Club Atletico Tigre - Coming off Two Back to Back Wins (WWDDW)

With only few matchdays to be played, Tigre will be aiming to bag as many wins as possible. Going in the game against Aldosivi, Tigre is coming off a remarkable win against Gimnasia LP (0-1) and Velez Sarsfield (2-0). Blas Aroma and Facundo Colidio have been superb as they have lead the attack quite well. Tigre will look to continue playing with a 4-3-1-2 formation, with Colidio, Armoa, and Retegui holding the most important spots. With a goal scoring average of 1.4 goals per game, and a terrific unbeaten record at home, Tigre will go in as the favorites to win over Aldosivi.

Going in the game, Aldosivi is coming off a defeat against Central Cordoba de Santiago (0-3) and Arsenal Sarandi (3-0) before that. With a goal scoring average of 0.6 goals per game, Aldosivi will certainly struggle in finding the net and the subsequent advantage over Tigre. Aldosivi’s poor form is quite evident as it hasn’t scored in its last 2 games. Moreover, Aldosivi hasn’t scored in the last 5 away games, making them unlikely to score and win tomorrow.

Going in the game, Tigre will be the favorite to win and score at least 2 goals upfront. The game total will be under 2.5 and only Club Tigre to score.