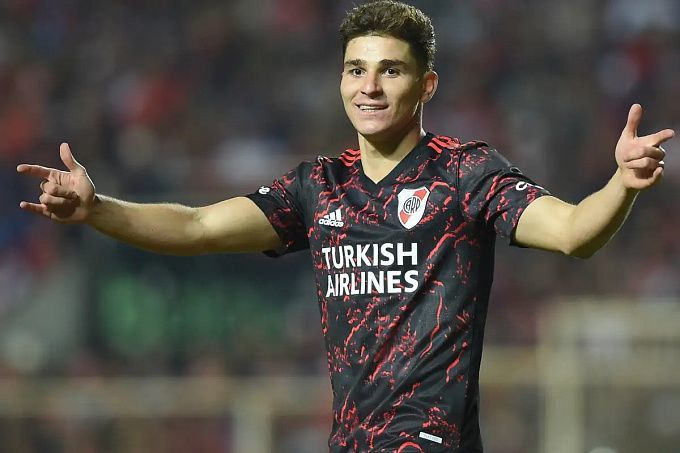 The reigning champion of Argentina, River Plate will host Lanus in the next round of Argentina Primera Division. Will River celebrate the victory? Let's pick a few betting options at once.

The first three rounds of the new national championship turned out to be unsuccessful for River. Marcelo Gallardo's team couldn't get a single win – they tied 0-0 with Atlético Tucumán and Defensa y Justicia, and lost 0-1 to Colón. But in Week 4, River Plate finally broke their losing streak. The team managed to beat Union de Santa Fe 5-1 on the road. Julian Alvarez scored a double, Enzo Fernandez, Agustin Palavecino and Braian Romero got on the scoresheet as well. So, will things get better for River now?

Lanus also won for the first time this season last round

Like River, Lanus hasn't known the taste of victory in the first three rounds of the championship – draws with Rosario Central and Defensa y Justicia, and a loss to Atlético Tucumán. But here came round four, and Lanus, like River, finally won. Jorge Almiron's team defeated Colón de Santa Fe at home 1-0, Lautaro Acosta scoring the only goal in the 85th minute. Lanus won the national championship in 2016. So, there is every reason to expect a win from this team.

River Plate has three straight victories against Lanus with a total score of 11-1.

River Plate did not start the new championship well, but the resounding victory over Union in the previous round should give the team confidence. It won't be a surprise if River Plate secures their success against Lanus. Moreover, in recent years the Garnet have been a very comfortable opponent for River Plate.