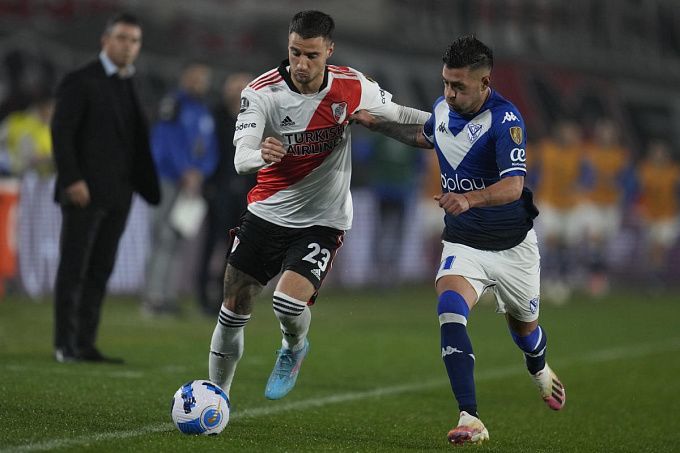 Velez Sarsfield and River Plate have a rich history, but both are in the bottom half of the table in the current Argentinian league. They recently met in the last eight of the Libertadores Cup, and the hosts qualified for the next round. Will the Millionaires be able to take revenge on the upcoming fixture?

The Velez squad looks very solid in terms of names, and they finished 5th in the last Argentinian league, but now they are only 25th at the table. Diego Godin and Emanuel Insua are difficult to make any claims, because everything is more or less normal in defence. Their attacking performance is poor. Three goals in 7 games were almost the main reason for a poor start. Velez Sarsfield is surviving without defender Lautaro Gianetti, who is out with an injury, and Lenny Lobato is also out with an injury.

The team has lost their last two Pro League games. After a 0:1 home defeat of Atletico Tucuman, they failed to cope with a 1:2 away defeat to Colón Santa Fe. In the last game, Velez Sarsfield almost conceded a quick goal, and soon took advantage of a gross mistake by a defender and even took the lead. As early as the first half, Velez could have conceded 2:3 goals, but in one episode, Godin knocked the ball out of the empty net. The team conceded an easy goal, and then nearly took the lead again with the goal post. The team even earned a penalty as Lucas Janson failed to beat the keeper.

River Plate won last year's championship in Argentina, but is now only 16th in the table. There have already been some big changes at the club. Julian Alvarez returned from a loan at Manchester City and Enzo Fernandez left for Benfica, so it is no surprise that the Millionaires have slumped in attack. Alvarez has scored 3 goals in the current league season and River Plate's current top scorer is Brian Romera, who has 2 goals. Defenders Felipe Pena and Robert Rojas are currently out of action this season. Another defensive player, Gianluca Ferrari, won't play because of disqualification.

The previous day, the team had snapped a four-match losing streak in all competitions. In the Argentina Cup, River Plate beat Barracas Central (3:0). But in the last round of the national championship, the Millionaires lost at home to Club Godoy Cruz (0:2). River Plate gave their opponents the lead in the 1st half and then tried to level the score after the break.

In the last two Libertadores Cup games, the teams haven't been productive, with only one goal scored in two of their games, and that was on penalties. Velez Sarsfield attacked a lot in the home game and could score 2-3 goals, so they can score at home. The home side's defense, however, was far from perfect, and River Plate's defensive line suffered several losses. The visitors finally interrupted a long losing streak, and psychologically, it will be a little easier for them.