Asante Kotoko vs Legon Cities: The away team won't be a walkover 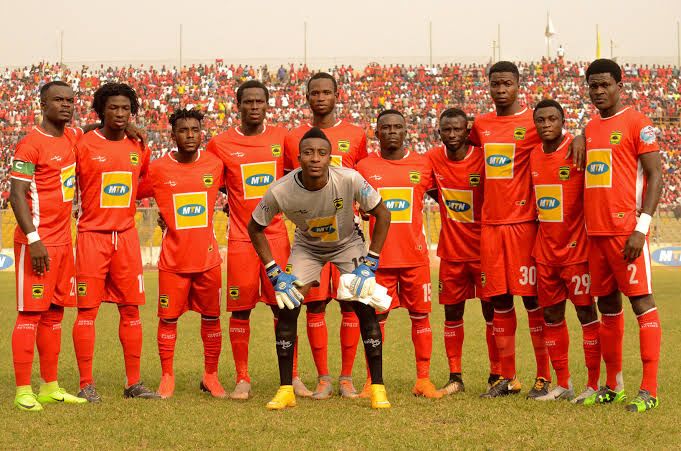 The Ghana Premier League resumes actions as the league leaders lock horns with Legon Cities at the Baba Yara Stadium on Sunday. The host would love to bounce back after a defeat on the road the last time out, can the visitors stop the host from extending the lead on the log?

After nine matches unbeaten, Asante Kotoko stumbled on a defeat away to relegation bound Real Tamale United on matchday 25. They are top of the log with fifty-two points from twenty-five matches, eight points ahead of Bechem United in second place. They are by far the best team in the league this season having scored the most goals (37) and conceded the least goals (13).

They have picked up eight points in the last five matches, winning twice, losing once and drawing two times, however, they have scored just four goals in those encounters.

The visitors are doing really great this season, they have earned thirty-three points in the last twenty-five matches, that is eight wins, nine draws and eight losses.

They defeated Medeama on matchday 25, two goals from Hans Kwofie and Abdul Rahman were enough to award them all the points.

They had one draw at Aduana Stars, their other home wins were against Medeama, West African Football Academy and Ashanti gold, and their only loss was against Berekum Chelsea.

They are one of the best teams on form in recent matches and their away record have seen them win twice, draw six times and lost four times in the last twelve matches.

In their previous fifteen games, Asante Kotoko won ten times while Legon Cities had three wins with two matches between them ending in a draw.

It's not going to be a walkover for the league leaders as the visitors are capable of causing them lots of trouble, we are trusting the guests to score in this encounter, bet on home win and over 2.5 for 2.55.

Expect goals on both ends for 2.8.