Athletico Paranaense vs LDU Quito: we should expect at least two goals from the Brazilians 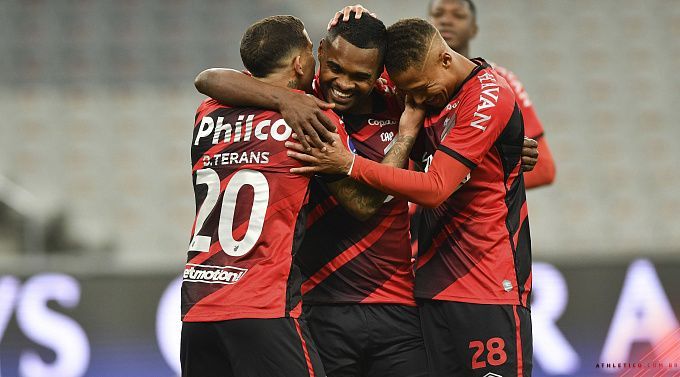 The South American Cup is a priority for both teams. It is the sheer prestige of playing in the semifinals of an international tournament for the Ecuadorians. And for the team from Curitiba, winning the South American Cup might be the only way to make it to the Libertadores Cup next season.

It's hard to deny the fact that Atletico Paranaense is on the decline. After the victory over Atlético GO on July 28, the team from Curitiba has not known the joy of victory for five consecutive matches. Besides the 0-1 draw against LDU Quito on August 13, the team was defeated by Atletico Mineiro, Sao Paulo and Cuiaba in the Brazilian championship and tied with Atletico Go, knocking the Dragons out of Brazil's second most important tournament. The series is frustrating, however, note that all of Athletico Paranaense's opponents, well, except Cuiaba, were quite strong.

The disappointing performance of the team in the series has resulted in Athletico Paranaense falling to sixth place, while Atletico Go and Ceara are breathing down the team's neck. Separately, it is worth noting that Athletico Paranaense, before losing to Sao Paulo with a score of 1-2, had not lost on its home field since the middle of March and the state championship match against Londrina. Athletico Paranaense scored two or more goals against its opponents in home matches against strong clubs such as Internacional, Atletico GO, Bragantino and Fortaleza. It is unlikely that Curitiba is really afraid of LDU Quito.

After four rounds of the, LDU Quito is in seventh place, with five points and seven points behind the leader, Independiente del Valle. This team started the championship with a defeat against  Club 9 de Octubre, thenscored a victory over Olmedo and tied against Universidad Católica and Deportivo Cuenca. Overall, the results are not so good, it is clear that the Ecuadorians' priority is the South American Cup. In the national championship it conceded four times against Club 9 de Octubre and twice against Universidad Católica.

Athletico Paranaense regularly scores two or more goals in home games. At the same time, after the pause in the championship, LDU Quito regularly misses while paying away. A 0-1 defeat forces Atletico Paranaense to play exclusively to win on their home field. At the same time, one goal will not be enough to break into the next round of the championship. We believe that the main bet in this game is to bet on the home team's individual total. In general we consider that the Brazilian team will win. We'd like to offer you this betting odds for this match: W1 for 1.61, TO (2.5) for 2.0, Both teams will score for 1.925.