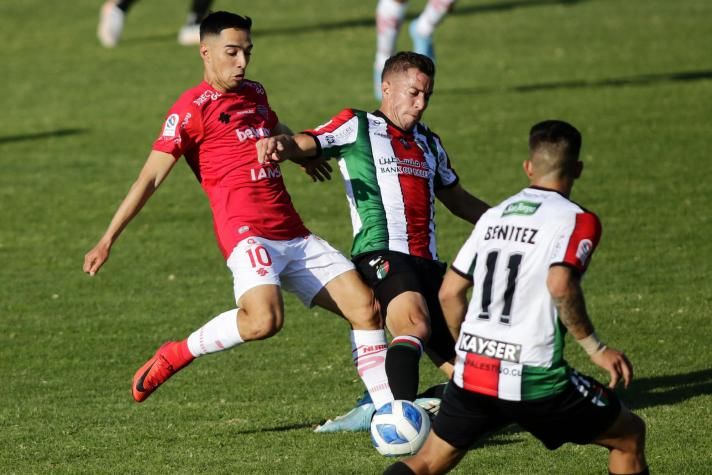 In the upcoming fixture of the Chilean Primera Division, Atletico Nublense will host Palestino at the Estadio Nelson Oyarzun Arenas. Going in the contest, Nublense stands 3rd with 11 wins and 39 points from 23 games played. On the other hand, Palestino stands 4th with 9 wins and 37 points in the contest so far. When the last time these two played the game ended in a draw 1-1.

Atletico Nublense - Coming off a Defeat Against Antofagasta (LDWLW)

Going in the game, Atletico Nublense is coming off a defeat against Antofagasta (1-0). Before that Nublense managed a draw against Colo Colo (1-1). With a goal scoring average of 1.5 goals per game, the home side will look to swing the entire advantage in its favor and win. Much will depend on Rafael Caroca and Bernardo Cerezo as they have been the ones who are reliable under pressure.

Palestino - Coming off a Win Against Curico Unido (WLDDW)

Going in the contest, Palestino is coming off a win against Curico Unido (2-1), in which Maximiliano Salas and Bryan Carrasco scored goals in the crucial stages of play. With a decent formation of 4-4-2, Palestino will look to attack and score goals early in the peace. With a goal scoring average of 1.3 goals per game, Palestino will look to give more room to Felipe Chamorro to keep scoring and moving forward.

Going in the game, the home side will be the favorite to win and proceed onto the next stage. The game total is expected to be over 2.5 and both teams to score goals.