Australia vs Japan: Away team will get at least a point here 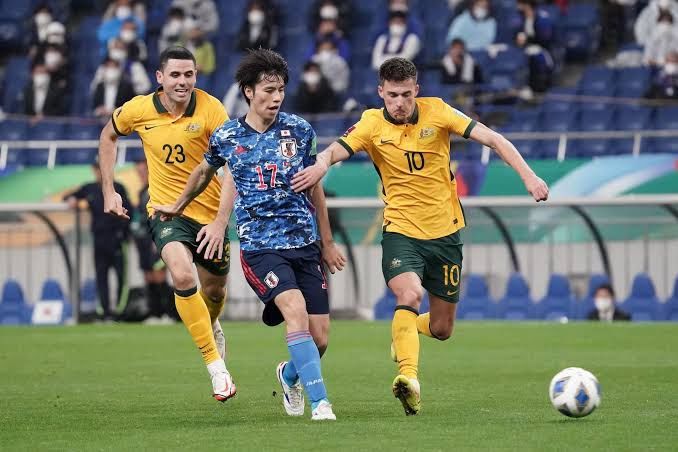 The qualifying phase continues as Japan pay a visit to Australia, both teams will go against each other to avoid the playoffs stage. Australia who are three points behind Japan would play to win at home to keep the top spots more competitive but can Japan win here to secure an automatic qualification?

The home team presently sit third on the log with fifteen points in the last eight games with Japan and Saudi Arabia ahead of them at 2nd and 1st place respectively.

The Socceroos are on a terrible run of games as they have won just once in the last five matches scoring eight goals in that process. They earned a vital point against Oman in game week 8 in a 2-2 away draw to secure third place on the table.

The Socceroos can still attain the top spot if they win their next two games against Japan and Saudi Arabia respectively and pray other results goes their way.

Graham Arnold's team need to be at their best to see off a team who has won all their last five matches in a row.

Japan are on the form of their life with five wins in a row and have failed to let in goals in four out of the last five matches they have played.

The Blue Samurai defeated Saudi Arabia in match week 8, Liverpool winger Takumi Miniamino gave Japan the lead in the 31st minute and Junya Ito extended the lead in the 50th minute as the match ended in a 2-0 scoreline.

The win against Saudi Arabia was a very vital point in their quest to attain the top spot in the group, a win against Australia could see them move to the first position.

Only two matches have not seen BTTS in their previous eight meetings. The reverse match ended in a 2-1 home win for the Japanese Football team.

Japan are a better team here and could capitalize on Australia Covid's 19 cases as their coach set to watch the match from the isolation centre, bet on Japan win for 2.65.