Bahia vs Santos: Santos kick off their Brazilian Serie A campaign away to Bahia 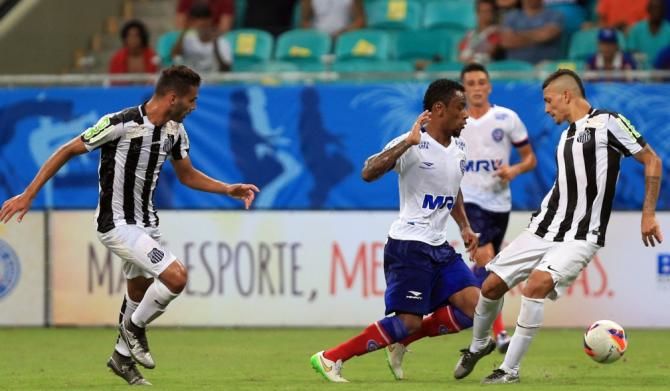 In the first round of the Brazilian A-Series, Bahia will face Santos. Both future opponents failed in international tournaments and now have to concentrate on the Brazilian championship. As far as the bookmaker line is concerned, Bahia, as the home team, is quoted as the favorite for the upcoming game.

Bahia: no finals and no playoffs

Bahia failed at the beginning of the season. In the Baiano championship, the Tricolores were eliminated at the semi-final stage, losing in a two-match clash to Bahia de Feira. Bahia dropped out of the South American Cup already after the group stage, finishing only third in Group B, losing not only to Argentina's Independiente, but also to Uruguay's Montevideo City. In the sixth round, Bahia lost at home to the Uruguayans 2-4. In the off-season, Bahia sold holding midfielder Gregore to Miami and released central midfielder Ramirez on loan to Bragantino. In total, the club earned more than 5 million euros, indicating that the club has not become stronger.

Santos: already without the former finalist

Last season, Santos was a finalist in the Libertadores Cup, and the Fish were close to winning the trophy. Now Santos dropped out of the tournament after the group stage, finishing third in a quartet with Strongest, Boca Juniors and Barcelona of Guayaquil. Before being eliminated from the Libertadores Cup, Santos did not even make the playoffs of the Paulista state championship, a failure on all fonts, there is no other way to put it. Fernando Diniz was appointed on May 10 and it was under the new mentor that the Fish had already dropped out of the most prestigious tournament, although there was a chance to keep their place in the Libertadores Cup. Compared to last season, Santos, like Bahia, weakened. The club's coffers were boosted by more than 11 million euros and the following players left the team: Yeferson Soteldo, Lucas Verissimo, Diego Pituca and Yuri Alberto.

Both teams failed to start the season, both will try to rehabilitate themselves in A-Series, and for this purpose, it would not hurt to start the championship successfully. Given not the best current tone of the opponents, we believe that the upcoming game will not be very productive. As for the outcome, we'll bet on the home team. Bahia has always been a very home team, and Santos does not look like a super dangerous opponent. Here are the following bets: Bahia and Santos to draw at half time for 3.42, Santos to win for 3.50, Bahia to win or draw for 1.31.