Belarus vs Belgium: Even without their leaders, the Devils will crush their opponents 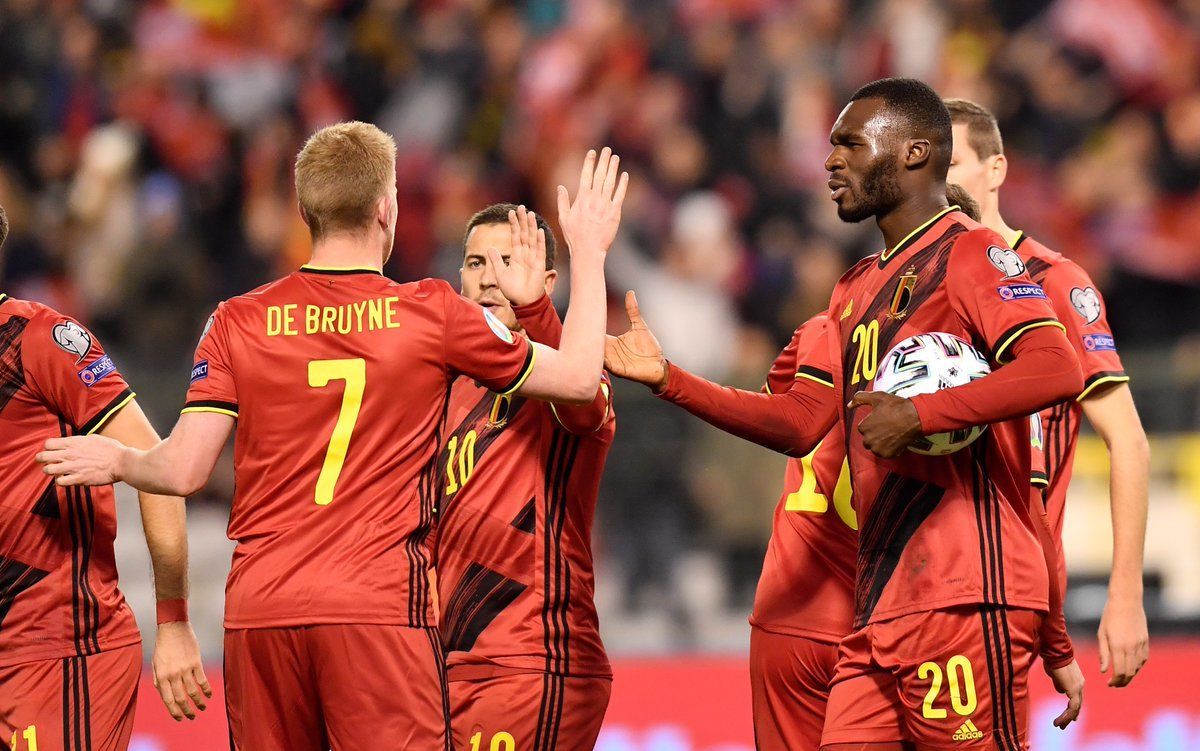 Belgium defeated Belarus 8-0 in the first round of qualifying for the 2022 World Cup. Will the Devils manage to beat the Group E underdog again? We predict that the Belarusians will lose again.

The Belarusian team has never in their history been selected for major international tournaments and will not be chosen in the foreseeable future. It is impossible to play at world and continental championships when the team is so unstable. In qualifying for the 2022 World Cup, Belarus started with a 4-2 victory over Estonia, inspiring belief in a bright future, but Belgium came to a 0-8 defeat. In September, the Belarusians played two good matches against the Czech Republic and Wales but lost by a narrow margin - 0-1 and 2-3, with the Welsh side trailing already in the 93rd minute.

The Belgian national team is already close to qualifying for the 2022 World Cup. The only one who can stop them is the same Wales, who snatched victory over Belarus in the 93rd minute. There’s only one point between the opponents in terms of points lost, but should the Welsh be taken seriously in that dispute? Certainly not. That’s why Romelu Lukaku and Thibaut Courtois did not fly to Kazan for the match against Belarus, and they will be fine without them. The Devils have won four games and drawn once, while in September, they thrashed Estonia and the Czech Republic 5-2 and 3-0, respectively.

History of head-to-head encounters between Belarus and Belgium

Over history, the teams have only played one face-to-face match. It took place on March 30 this year, when Belgium crushed Belarus 8-0 in the first round match of FIFA World Cup 2022 qualifying.

In the last round match, Belarus had every chance to take points from Wales and beat a formidable opponent, which recently played in the final part of Euro-2020. The Belarus side was 2-1 down midway through the second half, but then Gareth Bale first leveled the scores before sealing his side’s victory in the 93rd minute with a hat-trick. It will be difficult for the Belarusians to show the second consecutive match of the same quality and emotional level. The best option for the prediction is Individual Total 2 Over 1.5 goals for 1.19.

Belarus and Belgium are teams of completely different levels. The difference in quality was most vividly reflected in the first head-to-head encounter between the opponents in March this year when the Devils thrashed their opponents 8-0. Roberto Martinez’s charges are unlikely to be as tough now. After all, they will be playing on neutral ground without Lukaku, and they were angry after their setback in the Czech Republic last time. They defeated the Czechs - 3:0 and now can easily deal with the Belarusians. That’s why we suggest betting on the victory of the Belgian team with a handicap (-2,5) for 2.25.

The Belgian national team is not accustomed to playing matches against Belarus without Romelu Lukaku, who will not be available now. He can be replaced either by Christian Benteke or Michy Batshuayi. The choice seems to fall on the Crystal Palace forward, who at least stays in the EPL, where he gets some playing minutes, while Michy went on loan to Turkey. In the first encounter with Belarus, Christian already featured in the goalscoring exploits, so the bet on Christian Benteke’s goal at around 1.83 is worth a closer look now as well.