Bordeaux – Lens: Les Girondins have a tough task ahead 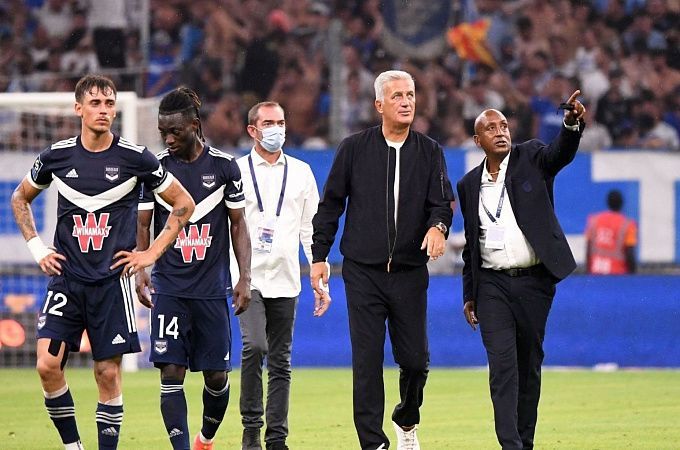 Lance has not beaten Bordeaux on the road for more than 20 years, but despite this, bookmakers are favoring the Blood and Gold. Will the home team be able to move the head-to-head statistics in a better direction?

At the start of the season, Bordeaux found itself in a sticky situation. Girondins have been out of sorts and scored only 2 points in the opening four games of the season, which has seen them slump to 19th in Ligue 1. The treating room hosts Samuel Kalu, Issouf Sissokho, Gideon Mensah, Paul Baysse, and Alberth Elis, with the latter joined the team not so long ago. To top it all, Enock Kwateng will miss the game due to suspension. Nevertheless, it will be interesting to keep an eye on Bordeaux, because at the end of August the club signed a lot of newcomers. Jean Onana, Stian Gregersen, and Javairô Dilrosun are not the sharpest tools yet, however, the latter scored 4 goals for Hertha in one of the seasons in the Bundesliga. Fransergio spent 4 full seasons at Brage and scored 6 times in the last Portuguese championship, and he has already played his debut match for the Girondins.

However, the team left for the international break in an awful mood. Vladimir Petković team’s last outing saw suffer a heavy 4-0 loss against Nice, with the game being over by halftime after a trio of goals. It is not comforting either that Bordeaux surpassed the opponent in the number of strikes (13:11), after all, Les Girondins often made long-range shots, and by the end of the game, they had only 1 real chance to score. Sékou Mara made a headed attempt from the goal-area line but missed. The opponent squeezed as much as possible out of its chances, and such a serious defeat in such a game is quite excessive.

Last season, Lens fought to qualify for any European competition, and now the team is clearly not going to lose momentum. In the pre-season, Lens retained almost all the leaders, signed Kevin Danso to replace Loïc Badé, and having Arnaud Kalimuendo back just before the transfer window closed. In the last Ligue 1, the young forward scored 7 goals and made 3 assists, so his loan will be serious support.

Lens have actually only won a single Ligue 1 game so far, with a trio of draws. As for their current form against Bordeaux: Cheick Doucouré continues to serve a suspension, Massadio Haïdara is unavailable due to injury. In their previous fixture, Franck Haise's side drew 2-2 in the Ligue 1 match with FC Lorient. By the end of the first half, Lance was losing with a score of 1-2, but in the 2nd half Seko Fofana scored for a draw. In total, the Blood-Gold made 19 goal attempts and more often shot from better positions than the opponent.

Last season, the teams met for the first time in 5 years and both scored home wins. In their last fixture, Bordeaux was stronger and at once three Lance players did not appear on the field due to suspension.

Upon that, the Blood-Gold did not take a couple of good chances, while the Girondins only doubled the lead in the end, and then brought the matter to a hammer.

Important facts about this match:

Lens lost 3 out of 10 last away matches on the road, having 3 wins

Bordeaux conceded 14 goals in total in the 10 previous outings

Bordeaux is the worst team in Ligue 1 in terms of xG. Scoring has been hard, resulting in the deserved team placing.

At the start of the season, Lens defenses well, having a team gelled together with much fewer injured players. It is not surprising that the Blood-Gold are considered a much-fancied team even on the road, which is richly deserved. Even in the last head-to-head, things were not so obvious, and with proper implementation, "Lance" could have drawn at least. Now the visitors are in an even more favorable position and have proven they are willing to fight for every single point that is available to them. I suggest betting on the following outcomes: