America MG vs Avai FC Prediction: Can Both Teams Survive the Crucial Period and Move Near the Sudamericana Group Stage Qualification 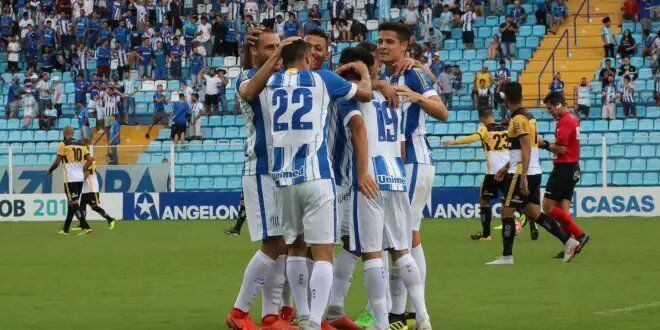 The upcoming fixture of Brazil Serie A will feature America MG taking on Avai FC inan exciting matchup. Going in the contest, America-MG stands 15th with just 6 wins this season, and Avai FC stands 16th with also 6 wins and 21 points. When the last time these two sides played against each other was in April 2022, Avai FC managed to win (1-0).

Coming in the game against Avai FC, America-MG is coming off a close defeat against Sao Paulo (1-0). From their last five games, America- MG has won only two games, which needs to be improved. America-MG should focus on staying consistent in the league, as they are just falling down the relegation zone. America-MG has a goal-scoring average of 0.7 goals per game, which isn’t enough to win against top teams.

Going in the away fixture, Avai FC will look to play with positive intent and win. However, the two back-to-back defeats against Flamengo (1-2) and Ceara (1-0) have dented Avai FC. At the moment, Avai FC is playing with a goal-scoring average of 1.1 goals per game and is likely to score one or two goals tomorrow.

The game is set up nicely as two equally balanced sides are ready to take on each other. Going in the game, I am either predicting a draw or Avai FC to win. The game total is expected to be under 2.5, and both teams struggle to in attacking the ball freely.