America Mineiro vs Palmeiras Prediction: Expecting the Fourth Away Shutout 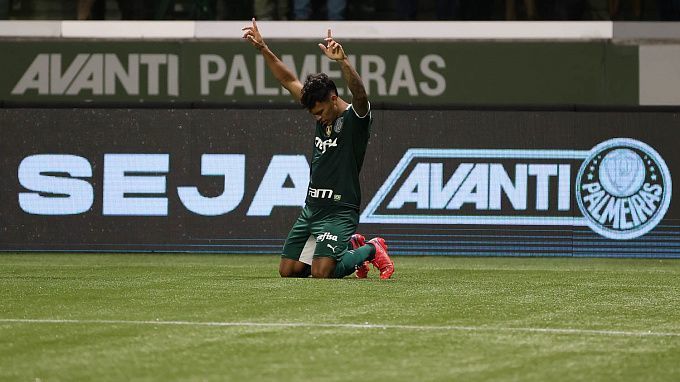 Round 18 of the Brazilian championship will end with the match between America and Palmeiras. The line of this match strongly resembles that of the duel between Cuiaba and Atletico Mineiro because another mediocre team will host the contender for the title.

In July, America has already played five matches: two in the Brazilian Cup and three in the championship. In the Cup, the hosts made it to the quarterfinals, knocking Botafogo out of the draw. In Serie A, America is not doing well, getting a victory over Goias and two shutout from Inter and Bragantino. As a result, America is in the relegation zone of the Brasileirao standings. However, everything is not so bad for them, because the gap from the safe 16th place is only one point. The home statistics of America is 13th, +4=2-2, 9:8 goal difference in eight games.

Palmeiras reached the Copa Libertadores without any problems, twice defeating Cerro Porteno. However, the strongest team in South America dropped out of the Brazilian Cup, losing on the sum of two matches to Sao Paulo. In the championship Palmeiras is the first, but might lose the lead if Atletico Mineiro wins their match. It's also worth paying attention to Verdao's hot and challenging calendar. In such a situation, it is better not to lose points in a match against a team from the relegation zone. Verdao's away statistics are the best in the league, +4=4-0, 11:4 goal difference in eight games. Also, note that Palmeiras has the division's best conceding rating in away games - just 0.5 goals per game.

Palmeiras is the strongest away team in Brasileirao and the leader of the championship. If Verdao wants to secure first place, they need a win in Belo Horizonte. As for the total, the Greens have the best conceding index in the division in away games. We wouldn't be surprised if the club from Sao Paulo brings back another shutout win.