Athletico Paranaense vs Internacional Prediction: Red and Black not to lose in a low-scoring match

Campeonato Brasileiro Serie A. Round 17 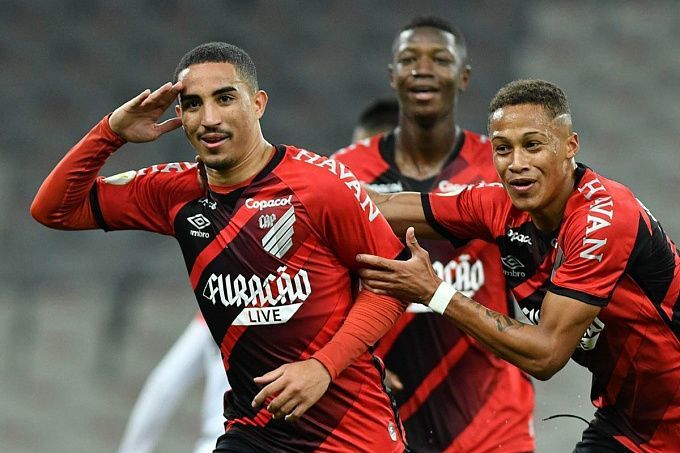 Round 17 of the Brazilian Serie A will begin with the match between Athletico Paranaense and Internacional. Bookmakers believe that the home team is the favorite. After all, the home advantage for future opponents is very important. And we can't overlook the fact that AP and Inter are direct rivals for a place in the Copa Libertadores zone.

Athletico Paranaense positively solved the issue of reaching the Libertadores quarterfinals by defeating Paraguay's Libertad after two matches. After that, AP lost in the Brazilian championship to Goias with a score of 1-2 and was stronger than Bahia in Copa do Brasil. After the defeat at the hands of Goias, Red and Black dropped in the championship standings to sixth place, with 27 points and behind the leading Palmeiras by three points. Athletico Paranaense's home stats are 10th in the division, +4=2-1, 11-7 goal difference.

Inter represents Brazil in Copa Sudamericana where they beat Chilean Colo-Colo in round of 16. Moreover, the first away match was lost with a score of 0-2, but this did not prevent the club from Porto Alegre to make it to the quarterfinals. In the last three rounds of the Brasileirao, Inter scored seven points, beating Coritiba, America, and drawing with Ceará. Such a spurt led to the Colorados climbing to third place in the Brasileirao standings, with an asset of 28 points and two points behind leading Palmeiras. Inter's away statistics are fifth in the division: +3=4-1, 9-7 goal difference in eight games. We have to note that Inter tends to be low-scoring when on the road.

The teams have played each other 43 times: +15=10-18, 53-63 in favor of Internacional. The opponents have crossed paths in two tournaments, Serie A and Copa do Brasil. The Serie A stats are as follows: +13=8-18, goal difference 49-61. The teams have played 22 matches on the field of Athletico Paranaense: +13=4-5 in favor of the home team. Last season, the opponents crossed paths twice and exchanged home victories with a score of 2-1.

As we can see from the statistics, the field factor is quite important for our teams. So betting against Athletico Paranaense is quite risky. As for the total, we doubt that the upcoming match will be rich in goals and events, we expect at most three goals scored and offer the following options for you to bet on: