Atletico GO vs Corinthians Prediction: Bet on a narrow win for Timão 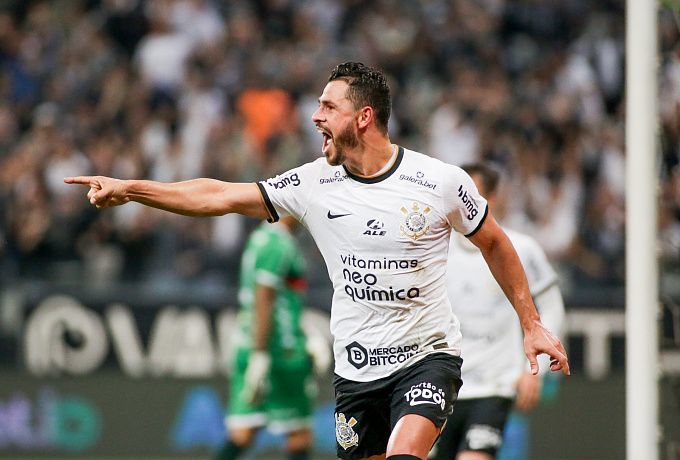 Atlético Goianiense and Corinthians will face each other in round 9 of the Brazilian Serie A. Bookmakers do not see a favorite in the pair, considering that the opponents have roughly equal chances of success.

After losing away to Atletico Mineiro, the Dragons have played four matches in two tournaments: two wins over Antofagasta and Coritiba, two draws with Quito and Internacional. As a result, first place in Group F of Copa Sudamericana, but only 18th place in the Serie A standings. Obviously, playing on two fronts left the Dragons feeling exhausted. Atletico Go managed to achieve a goal on the international stage, but only thanks to the failure at home. That said, their home stats are 14th in the division, +1=2-1, 4-3 goal difference in 4 games.

Corinthians has a draw syndrome, the five last matches involving Timão culminate in a tie, with four 1-1 and once 2-2. Another fact to note: Corinthians has scored in seven consecutive games. In Copa Libertadores, Corinthians surprised with a home draw against Always Ready, but they still achieved their goal and will now play in the playoffs. In the national championship, Timão are third, behind the leaders Palmeiras and Atletico Mineiro only on goal difference. Corinthians' away statistics are fifth in the division, +2=1-1, 6-6 goal difference. Corinthians have only failed to score in away games against Palmeiras, losing 0-3 to the Greens.

Atletico GO and Corinthians have played each other 14 times, +5=5-4, 14=14 goal difference, a slight advantage for the Dragons. Besides Serie A, the teams also played in Copa do Brasil. In the Brazilian championship, the opponents met 12 times: +4=4-4, 12-14, advantage on goal difference is on the side of the club from Sao Paulo. But on the field of Atlético GO, Corinthians have a more noticeable advantage: +3=3-1, 7-5 goal difference. Interesting fact: the last 10 games between Atlético GO and Corinthians ended with TU (2.5). In 2021, the teams have played each other four times: two victories for the Dragons and two draws.

As we wrote above, the confrontation between Atletico GO and Corinthians is very low-scoring, and the teams have not often pleased us with high efficiency lately. From this, we can conclude that the upcoming game has a great chance to adhere to this trend. As for the outcome, we're on Timao's side, Corinthians has historically played well at Atlético GO's field, and a win in the upcoming game will at least put the club from Sao Paulo in second place, and possibly make Timao the leader of the championship. Here are the betting options for the game: