Atletico Mineiro vs Internacional: the Champion to Win and Score at Least Twice 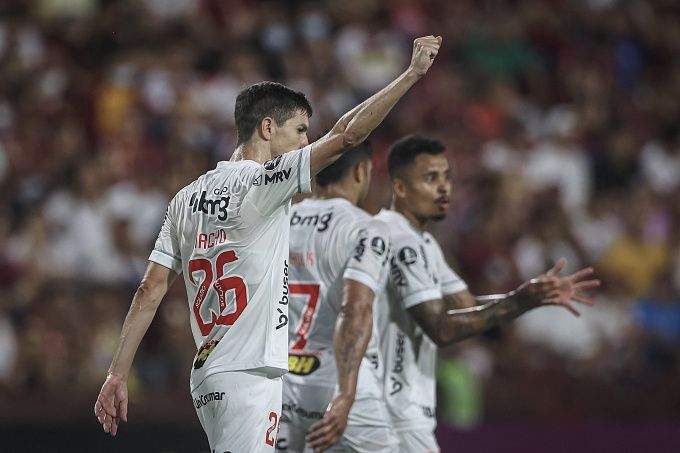 One of the central matches of the opening round of the Brazilian Serie A will undoubtedly be the duel between Atletico Mineiro and Internacional. The two giants of Brazilian soccer will meet, but now Atletico Mineiro is the strongest team in the country in every way. Whereas Internacional nowadays is more like a mediocre squad.

The winning streak of Atletico Mineiro has already lasted 11 matches. The last time the Roosters lost was on February 10 in an away match against URT. Since then, the Galo have triumphed in the Brazilian Super Cup, outscoring Flamengo in a penalty shootout and very confidently winning the Mineiro state championship. Cruzeiro was beaten 3:1 in the state championship final. Last midweek Atletico Mineiro confidently defeated the club Tolima with a score of 2:0. In that game, Fernández and Tchê Tchê scored. The statistics eloquently indicate that Atletico Mineiro is in excellent form. Naturally, the home team will do everything possible to start the new championship with a confident victory.

Internacional represents Brazil in the South American Cup beginning with a draw in an away match against 9 de Octubre F.C. By the 26th minute, the Colorados were already leading 2:0 in Ecuador, due to goals from Maurício and Wesley, scored after assists from Taison. However, Inter failed to maintain such a tangible advantage in the second half, De Luiz's double gave the Ecuadorians the much-coveted draw.

The squad has a new head coach since the start of the season, a Uruguayan with an Italian passport, Alexander Medina, who has already managed to lose the state semifinal to Gaúcho's Gremio. The start of the season for the new allenatore, to put it mildly, did not work out well. Admittedly, the Reds made some nice money during the offseason, selling Yuri Alberto, Vinicius Augusto Tobias, Patrick, Gallardo and loaning Peglow. Reinforcements came in the form of Wanderson, Fabricio Bustos, Carlos de Pena, Wesley on loan at Aston Villa and Liziero at São Paulo.

At the moment, Atletico Mineiro and Internacional are slightly different teams. The Reds have enough potential to be capable of competing for a place in the Copa Libertadores. But we doubt that they will fight with the champion, both in the upcoming game and in general, over a season-long distance. Atletico Mineiro is in good shape, it is important for the Galo to start the new season with a solid victory. We believe that Atletico Mineiro will win on Sunday and score at least twice.

Internacional failed in the semifinals of the state championship to Gremio from Serie B. In the first match of the South American Cup, they could not win against the modest Ecuadorian club 9 de Octubre although the score was 2:0. Atletico Mineiro regularly plays to nil. For example, in the last six games, the Galo have ended five games without scoring.

In general, we do not expect a productive match, we believe that two goals will be enough for Atletico Mineiro to win.