Atletico Mineiro vs Sao Paulo Prediction: Betting on Galo to win the game 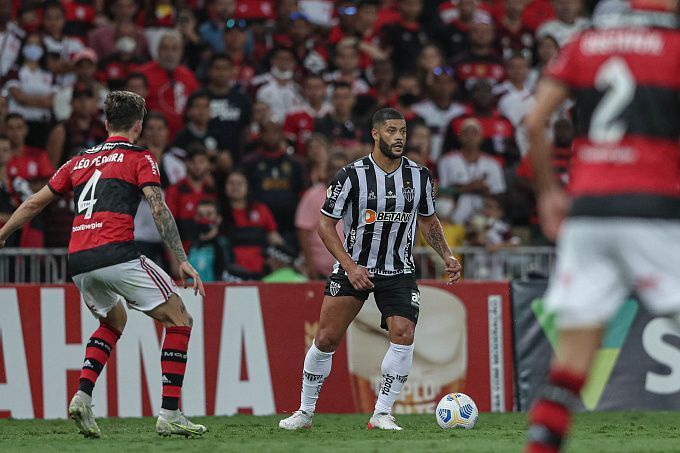 Atletico Mineiro will face Sao Paulo in the top fixture of the 16th round of the Brazilian football championship. Check the team conditions and choose several betting options.

The Galo comes into the match with an eight-match unbeaten streak, with Atletico Mineiro having beat Flamengo twice in that period, in the national championship and the Brazilian Cup. In the last round, the Galo beat Juventude away, and in midweek they were stronger than Emelec 1:0 in the Cup of Libertadores. Atletico Mineiro is fourth in the standings ahead of this meeting. If they win, the Galo will climb to second place, and maybe even top the standings if Palmeiras cannot pick up a point in their encounter. Atletico Mineiro has the best home statistics in the division, +5=2-1, 15:8 goal difference.

Sao Paulo has a five-match unbeaten streak in three tournaments. In the Brazilian championship, the Tricolores drew with Juventude and defeated Atletico Go (2:1) on the road. And in midweek, the visitors beat Universidad Catolica in the return leg of the round of 16 in the South American Cup. The Tricolores are currently sitting in seventh position with 22 points, three points behind the top-five side Internacional. But their away statistics are poor, with just one win in eight meetings, five draws and two defeats.

Let's not forget that Atletico Mineiro is the reigning Brazilian champions and the Galo has ambitions to defend the title. Sao Paulo isn't the most comfortable opponent for the Roosters, but the team has a big advantage in head-to-head encounters, plus the Tricolores haven't played well on the road this season. The Sao Paulo side hasn't suffered many away defeats, but they have almost no wins at all. We should also note that in recent seasons, the opponents have rarely been very productive in their personal games.