Bragantino vs Flamengo: Will the Scarlet and Black get their revenge? 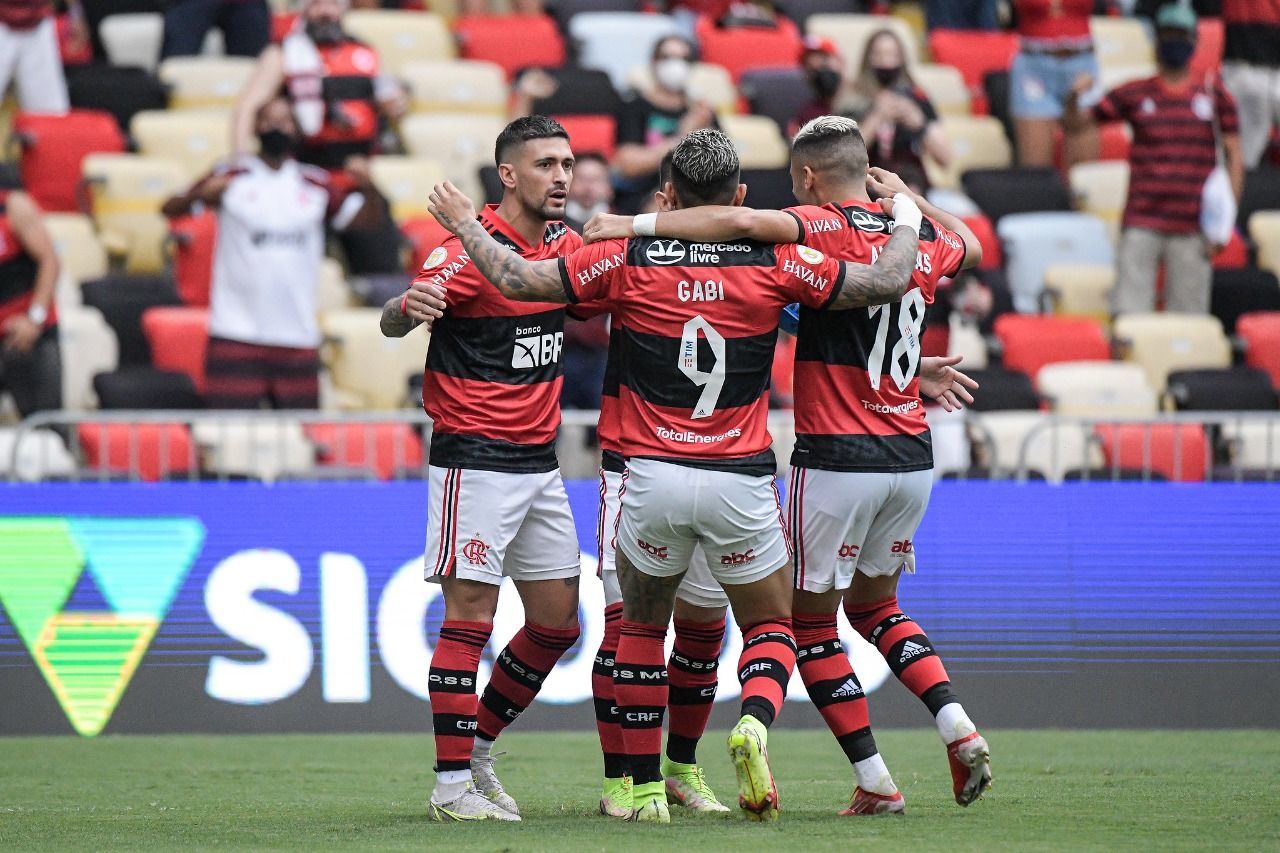 The centerpiece of round 24 of the Brazilian championship will be the encounter between Bragantino and Flamengo. They are direct rivals and almost neighbors in the standings. However, despite the fielding factor, the Scarlet and Black are the favorites.

The current season for Bragantino can be described as another breakthrough for the Red Bull clubs. The Brazilian Bulls have successfully competed for a place in the Copa Libertadores zone throughout the first 23 rounds. They have already made it to the South American Cup final, where they will meet Athletico Paranaense very soon. After beating Libertad for the second time in the South American Cup semi-final, Bragantino met Corinthians and came close to clinching another Serie A title. Still, unfortunately for the fans, the Bulls did not hold on to their two-goal advantage and played out a 2-2 draw. By the way, the Bragantino’s home record is only 17th in the division, which is very strange. In 11 games, they got +2=7-2, 17:16 goal difference.

Since the defeat by Gremio on 20 September, Flamengo have played four official matches, in which they drew only once and won three times. Like Bragantino, Flamengo were also finalists in an international tournament, not in the South American Cup, but the Copa Libertadores. In the final of South America’s most prestigious tournament, Flamengo will face Palmeiras, their opponent on all fronts, including in Serie A. This season, Flamengo are aiming for a golden hat-trick, with the team from Rio facing the task of winning the Copa Libertadores and Serie A and the Brazilian Cup. Flamengo’s away statistics are 4th in the division, +5=2-2, 20:7 goal difference.

By the way, Bragantino are a tough nut for Flamengo. The team from Rio has not yet beaten the team from Bragança, although these teams have already played four matches between them. Moreover, in the first leg, Bragantino overcame Flamengo 3-2 in an away game. There’s no doubt the Scarlet and Black remember that defeat and dream of revenge. All the more, Flamengo have no other way to catch up with Atletico Mineiro in the standings, except to win from round to round. Here are the odds for this match: W2 for 1.94, Both Teams To Score - yes for 1.55, W2+Both Teams To Score for 4.20.