Ceara vs Atletico Goianiense Prediction: Expect a Total Under 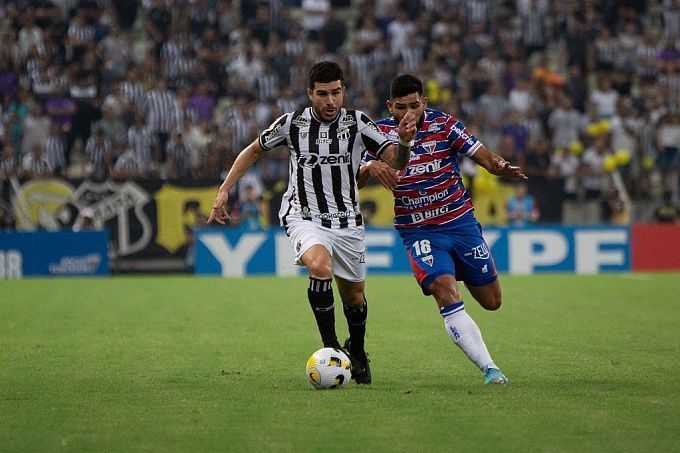 In the 14th round of the Brazilian football championship, Ceara will face Atletico Go. Both teams played in the Brazilian Cup in midweek but had different results. While Ceara lost on home soil to Fortaleza, Atletico GO drew with Goias on home soil.

Before losing at Castelao to Fortaleza, Ceara had drawn three in a row in the national championship. They drew with Goias, Atletico Mineiro and Cuiaba. Before Sunday's pool, Ceara is in 14th position, with an asset of 16 points and a goal difference of 13:13. Ceara has the best defense among teams from the bottom of the standings. However, Ceara's home statistics are awful, with only three points from five games and no wins, with four goals scored and seven conceded. However, Ceara has drawn their last three home games, while their opponents in this period have been Flamengo and Atletico Mineiro.

After losing 2:4 to Palmeiras, Atletico GO beat Juventude 3:1 at home and drew 0:0 with Goias in the Brazilian Cup. In the standings, Atletico Go is 13th, just one place above Ceara. The Dragons' away statistics are poor, with just one win in six games, two draws, three defeats, and a 6:12 goal difference.

Ceara is a lowly team, and their last seven matches against the Black and White have ended with a TU (2.5). Atletico GO away is also not a top team. In Sao Paulo at the Palmeiras Stadium, the Dragons fought the Greens, scoring twice but conceding four. However, before that, six of their away matches were draws. The logical conclusion is that the upcoming game won't be very productive. As for the outcome, we expect a draw.