Corinthians vs Fortaleza: Fortaleza with not points again

Campeonato Brasileiro Serie A. Round 4 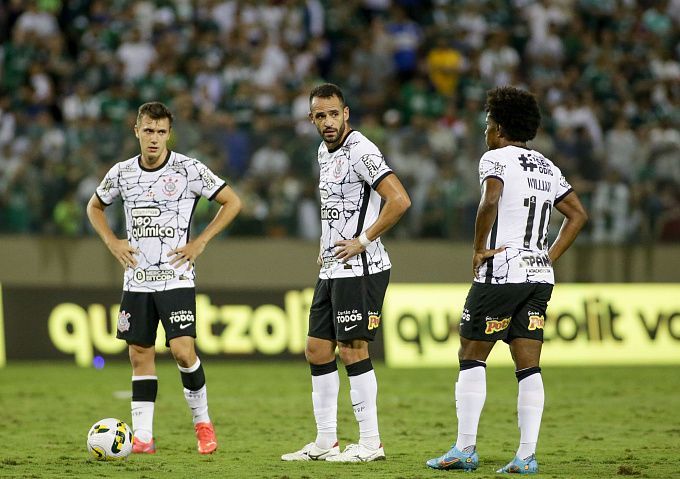 Round 4 of the Brazilian Serie A will feature the match between Corinthians and Fortaleza. Both teams represent their country in Copa Libertadores, and do they manage it very well. As for the line, the bookmakers consider the future hosts to be the notable favorites in the confrontation.

Between the two Copa Libertadores matches against Deportivo Cali and Boca Juniors, won by Timão 1-0 and 2-0, the future hosts had time to play three matches in the domestic arena, namely in Copa do Brasil against Portuguesa, in the national championship against Avai and Palmeiras. If the match against Avai was a 3-0 home victory, Corinthians lost the São Paulo derby with the same score of 0-3, but away. Despite the loss to Palmeiras, Corinthians are in a high third position in the Serie A standings, one point behind the two leaders, Santos and Atletico Mineiro. Overall, Corinthians have four wins, one draw, and one loss in the last six games.

After losing to Internacional in the second round of Brazil's Serie A, Fortaleza has played four games in three tournaments, winning three times with one draw. A draw with Caucaia in Campeonato Cearense, and then beating them in the return game, as well as winning in Copa do Brasil against Vitoria and in Copa Libertadores against Alianza Lima. Unlike most clubs in Serie A, Fortaleza played two matches in the championship, both of which they lost: to Inter and Cuiaba and is still 20thin the division standings with a goal difference of 1-3.

Corinthians and Fortaleza have played 16 matches against each other in three tournaments. In addition to Serie A, the opponents have played each other in Serie B and Copa do Brasil. In general, Corinthians won 11 out of 16 matches, with three draws and two victories for Fortaleza on goal difference of 31-12. In Serie A, the teams have faced off 12 times: +7=3-2, 22-10 goal difference. In São Paulo, the teams played six matchups, four of them won by the hosts with two draws and a goal difference of 12-5. This season the teams haven't played each other yet, last season the home team won 1-0.

Fortaleza failed at the start of the season, which, in general, is not surprising, given that the Tricolor are not used to playing on two or three fronts. And at the moment, in addition to Serie A, Copa do Brasil and the state championship, Fortaleza also plays in Copa Libertadores. The unbearable burden for a club with a fairly small budget and opportunities. Failure was inevitable. Corinthians, in turn, have high goals this season: playoffs in Copa Libertadores and the fight for the title in Serie A. In order to really compete for high places in the Brasileirao, one has to beat teams like Fortaleza at hp,e. Our first bet is a clean victory for the favorite. W1 for 1.858 at the line of 1xbet.

We believe that the upcoming match won't be very productive. Moreover, we won't be surprised if the outcome in São Paulo is decided by just one shot - scored, of course, by the Corinthians players. Second bet: Correct Score 1-0 for 5.50 at 22bet.