Corinthians vs Goias Prediction: Will the Timao catch up with the Verdao? 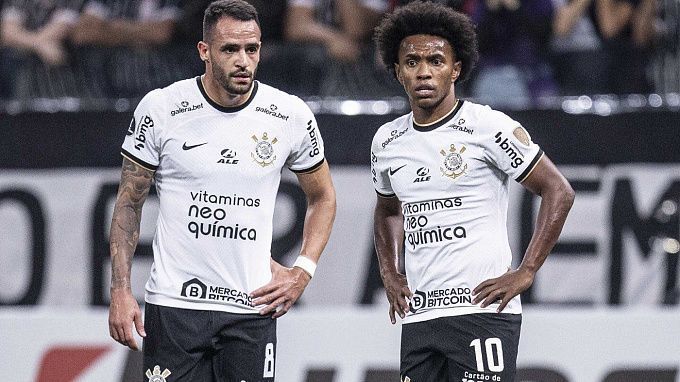 Corinthians will face Goias on the 13th morning of the Brazilian football championship. One of the league leaders will meet a team from the bottom of the table. Logically, the home side is the favorite, but it should not be forgotten that Timao has significant personnel problems.

Corinthians played four Brazilian league games in June, scoring seven points in the period, preventing Timao from retaining the lead, while Palmeiras beat their rival. It should be noted that in June, Timao lost away to Cuiaba 0:1, were stronger than Atletico Go and Juventude, and settled for a 1:1 draw with Atletico Paranaense. Before the start of the 13th round, the club from Sao Paulo is in second place with 22 points and three points behind the leader, Palmeiras. Corinthians' home statistics are sixth in the division, +3=2-0, 8-2 goal difference.

After a narrow two-match winning streak, Goias drew twice with Fortaleza and Ceara and lost 1:2 to Internacional. Just two points from the last three rounds have dropped Goias to 16th place, but for now, the future visitors are still one point outside the relegation zone, one point ahead of Atletico Go. Goias scored a total of 14 points in 12 rounds played. Goias' away statistics are seventh in the division, +2=1-3, 6:9 goal difference, perfect for a team from the near relegation zone.

Despite Corinthians' staffing problems, we believe Timao is the logical favorite to win this game. The club from Sao Paulo has their maximum goals in the Brazilian championship, and the three-point gap to Palmeiras forces the home side to play to win. In addition, Corinthians have personnel difficulties, and Goias also have problems. The visitors will not be able to help their central defenders. As for the total, we don't expect a lot of goals. Corinthians has one of the best defenses in the division.