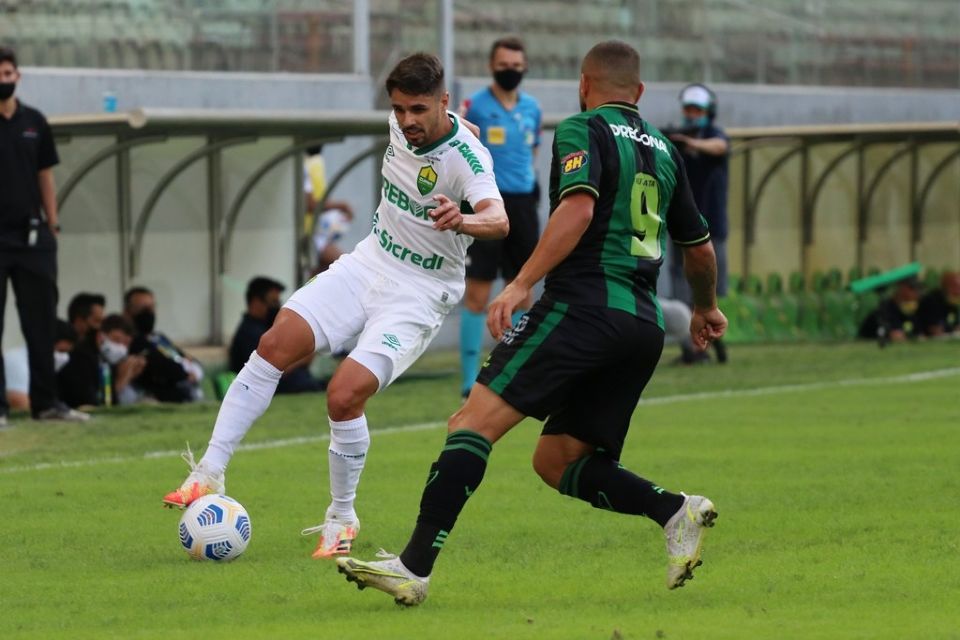 In the upcoming scheduled fixture of the Brazil Serie A contest, Cuiaba will take on America-MG at the Arena Pantanal in Cuiaba, Brazil. Going in the contest, the visitors stand 8th with 11 wins and 39 points from 27 games played so far in the contest. On the other hand, Cuiaba stands 18th with 6 wins and 27 points in Serie A so far. When the last time these two sides played, America-MG won 2-1. For the contest, America-MG will be the favorite to win, considering their game form and consistency in Serie A.

Cuiaba - Has Tied Four of its Last Five Games (DLDDD)

Going in the game, Cuiaba is coming off a draw against Athletico Paranaense (2-2), in which Rodriguinho and Deyverson scored goals in the toughest situation of the game. With an ultra-defensive formation of 5-4-1, Deyverson will look to lead the attack, with defenders parking the bus in order to stop the opposition from scoring. With a goal-scoring average of 0.7 goals per game, Cuiaba might look to win a game finally. Though Cuiaba hasn’t won a match in its 5 attempts, it might give the opposition a tough time on the field. Cuiaba’s premier goalkeeper Walter will miss the remainder of the season due to a thigh injury he sustained earlier this month, allowing backup Joao Carlos to make his third straight start. Felipe Marques, a wide player, is still out with a knee injury, while Camilo, a midfielder, and Paulao, a center defender, are both suspended.

Going in the game, America- MG is coming off a sensational win against Corinthians (1-0), in which Juninho scored the only goal with the assist made by Gonzalo Mastriani. With a goal-scoring average of 0.9 goals per game, America-MG will walk in as the favorite to win. For America-MG, the new rookie, Emmanuel Martinez, will be in the spotlight to make an impact and move forward. Moreover, Henrique Almeida will lead the side once again, resuming his duties on and off the field.

Going in the game, both sides will look to make the most of the on-field situation and win. Considering the game form of the two sides, the final result is expected to be a draw and both teams to score a goal at least.