Cuiaba vs Atletico Mineiro Prediction: Betting on guests to win 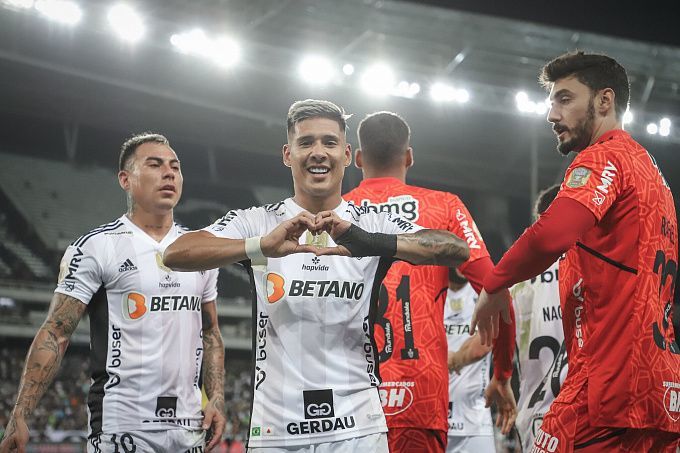 Reigning Brazilian champions, Atletico Mineiro, will face Cuiaba in the 18th round of the championship. Check the team conditions and choose several betting options.

Cuiaba played three Serie A games in July, beating Avaya and Botafogo and losing 0:1 to Palmeiras. The results for a team from the bottom of the table are very good. Before the start of Thursday's matches, Cuiaba is in a 15th position in the table, one point ahead of America, who is in the relegation zone. Their home stats are only 17th in the division, with a +2=4-2, 6:5 goal difference in eight games.

A few days ago, the Galo were leading the Brazilian league standings, and before the start of the match, the Roosters were only fifth, two points behind leading Palmeiras. However, if they win in Cuiaba, AM will lead the table again, at least for one hour, until the final match of the tourney against Palmeiras is played. Atletico Mineiro is important to beat Cuiaba also because of the toughest calendar soon. After Cuiaba, they host their direct rival, Corinthians, before playing a week later in Porto Alegre against Inter, another top-6 contender at least. Then, there are a pair of matches against Palmeiras in the quarter-finals of the Libertadores Cup, and in between those matches a game against Atletico Paranaense. Cuiaba looks like the easiest side to beat in this stretch and there's no way they can lose a match against them. Atletico Mineiro's away statistics are seventh in the league, +3=4-1, 10:9 goal difference in eight games.

Brasileiro is quite a home championship, with the home winning percentage currently approaching the 44% mark. The field factor is important, but in this pairing, we favour the visitors. The opponents are difficult to compare in terms of level. Cuiaba is in their second season in the elite, while Atlético Mineiro is the champions of Brazil and one of the strongest teams on the continent and the entire New World. They are fighting hard for the top spot, and the Roosters have a very difficult calendar ahead of them, with Cuiaba as their weakest opponent. So, there's no way the champion can lose points in this coming game. As for the total, we choose the total under.