Flamengo vs Atlético Goianiense Prediction: Mengão To Win To Nil At Home

Campeonato Brasileiro Serie A. Round 20 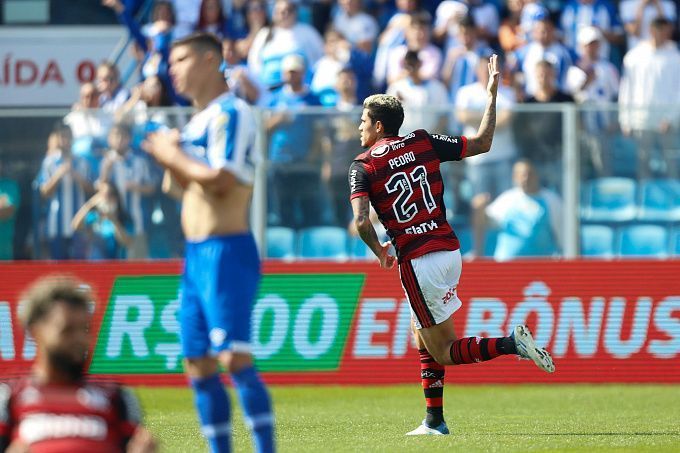 Atlético GO will be Flamengo's next opponent in the Brazilian Serie A. Both teams played difficult matches in Copa do Brasil midweek and had slightly different results. Obviously, for the Dragons, the second most important tournament of Brazilian soccer becomes the season's priority. Whereas for Flamengo, any contest is of great importance. Moreover, Scarlet-Black probably have not yet given up on returning the title to Rio.

Flamengo's four-match winning streak was ended on July 28 with a nil draw against Athletico Paranaense. That said, Mengão took a considerable initiative, 74%/26% in possession, 22/4 statistics of shots towards the goal, and 6/2 shots on goal. However, now we should expect the team to find their element. It often happens that in one match, there are 22 shots and zero goals, and in the next game, without much effort, the team scores three or more goals and consequently wins. Regarding the standings, Flamengo is in sixth place before the start of the round, two points behind Atlético Mineiro and nine behind Palmeiras. Obviously, such a handicap will be tough to overcome. On the other hand, the density of the Brazilian championship is very high, and a lot will depend on how long the opponents will play on several fronts. Flamengo's home stats are fourth best in the division, +6=1-2, 16-4 goal difference, and 19 points in nine games.

After a three-match losing streak in Brasileirão, the Dragons achieved a 2-0 home victory over Corinthians in Copa do Brasil. A very unexpected victory, although it must be said that Timão were worthy of at least a draw, in the end, they lost by two goals and now have a poor chance to reach the semifinals of the second most important tournament of Brazilian soccer. In Copa, Atlético are doing well, but in the championship, the visitors are in the relegation zone, with only 17 points after 19 rounds and a -4 point gap to Avai. The latter are at the saving 16th position. The Dragons' away stats are 18th in the division, +1=3-5, 8-18 goal difference.

Last season, Flamengo beat Atlético GO 2-0 in Rio. We expect something similar from the upcoming meeting. Flamengo has practically two squads, and the team can play on two or three fronts and do so successfully, which cannot be said about Atlético, who also had a difficult match in the midweek. We believe that Mengão will get an important win on Saturday and get closer, if not to the leader, then to the top 4, and a direct ticket to Copa Libertadores. Also, we should not forget that Flamengo has a four-match home streak of wins-to-nil in Serie A. We offer these betting options for the game: