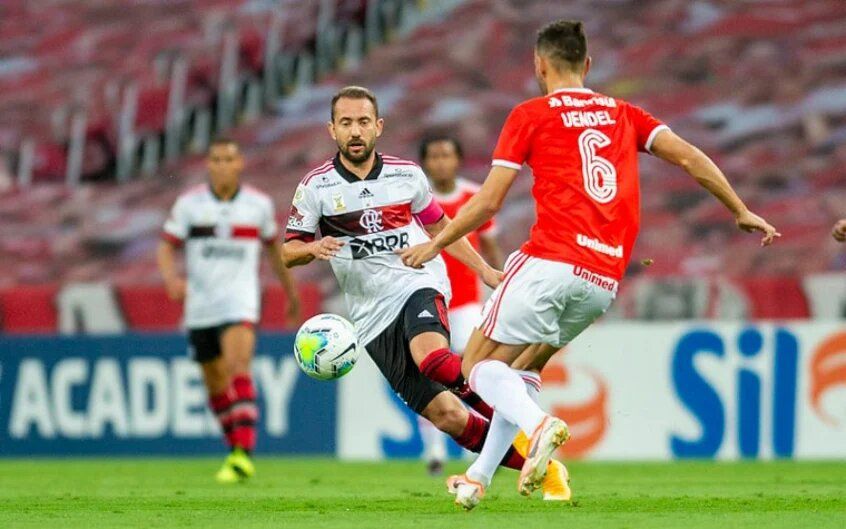 With the Brazil Serie A, Round 30 fixtures getting more complex, we have Flamengo taking on Club Internacional at the Maracanã stadium in Rio de Janeiro in Brazil. Going in the contest, Flamengo stands 5th with 14 wins and 48 points from 29 games played and Internacional stands 2nd with also 14 wins and 53 points in the competition so far. We could say that the upcoming duel is among the teams standing in the top five standings at the moment. Moreover, it is expected that the current top 5 standings will stay the same towards the end of the league stage. When the last time these two sides played against each other, Internacional won 3-1.

Flamengo - Coming off a Win Against Red Bull Bragantino (WLLWD)

Going in the game against Internacional, Flamengo is coming off a thrilling win against Red Bull Bragantino (4-1), in which Pedro secured a hattrick in the 2nd half of play. At the moment, Flamengo stands with the best goal-scoring average of 1.7 goals per game and has created the most goal-scoring chances this season (69 chances created). As usual, Flamengo will depend on its robust attacking lineup to score early and win. Giorgian De Arrascaeta needs to keep attacking and win for his side ultimately.

Club Internacional - Missing Out Important Players Due to Injuries (WDWWD)

Going in the game, Flamengo will be the hot favorite to win at home. The total goals scored are likely to be over 2.5, and both teams to score.