Flamengo vs. Internacional: Home team to win and concede goals

Internacional
Serie A
Round 15 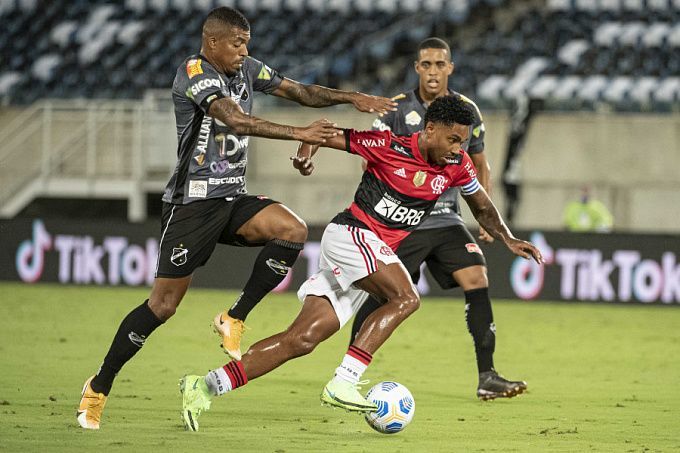 The 15th round of the Brazilian Championship will continue with the match between Flamengo and Internacional. Two giants of Brazilian soccer are meeting, both clubs represented the country in Copa Libertadores, though Inter has already left the tournament, unlike the "Scarlet-Black". Flamengo is rightly quoted as a big favorite in the match.

Flamengo has an 8-match winning streak. After Bragantino drew and Palmeiras lost in the current round, it seems that the Rio team and the current champion of Brazil will not miss this chance to get closer to the Serie A leaders. After two victories over São Paulo and Corinthians, Flamengo was stronger than ABC at Copa do Brasil. Just before Sunday's matches, Flamengo is in fifth position, four points behind Bragantino and the top 4. At the same time, note that Flamengo has played three fewer games than "the Bulls". Flamengo has the fifth-highest home stats in the division, +5=0-2, 14-7 goal difference.

After the win over Juventude, "the Red" were thrown out of Copa Libertadores against Olimpia from Paraguay, although they played at their home stadium. After that Inter was stronger than Athletico Paranaense 2-1, drew with Cuiabá. In general, Inter's results were, to put it mildly, not the best. "Colorados" were eliminated from Copa Libertadores, and they are only 15th in the Serie A table, having only 15 points. Just for the record: Cuiabá located in the relegation zone, has only one point less than Inter. In the away matches Inter has the 11th-best statistic in the division, +2=3-2, 7-10 goal difference.

Note that recently the matches between Flamengo and Inter have been quite productive, and in the last 4 matches, there was the bet "both teams to score - yes." We hope that it will continue. As for the outcome, given the current Flamengo tone, we have little doubt that the Rio team will get another win, which will bring Gaúcho's guys closer to first place in the table. Here are our bets for the upcoming match: W1 + BTTS (for 3.20), H1 (-1.5) for 2.52, TO (2.) for 1,81.