Flamengo vs Juventude Prediction: Bet on a confident win-to-nil for Mengão 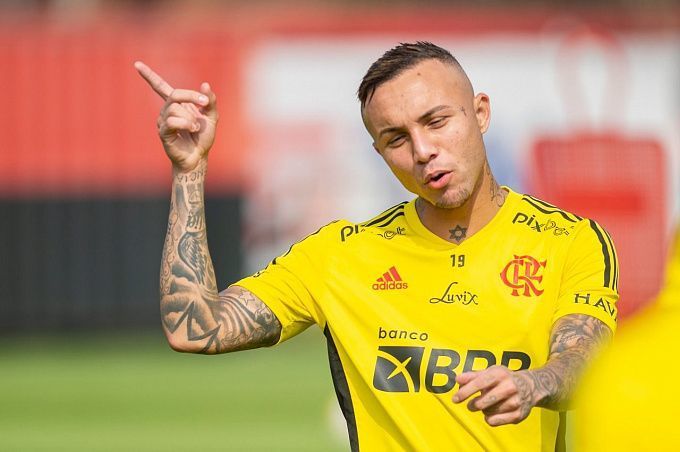 Flamengo's next opponent in the Brazilian championship will be Juventude. The match will take place at the Maracana and it is logical that Mengão paired with a far-from-top team is quoted as a noticeable favorite.

After an unpleasant away defeat at the hands of Corinthians, Flamengo secured a vital win over Atlético Mineiro in Copa do Brasil and beat Coritiba 2-0 in the championship. Despite winning the previous round, Flamengo is still outside the top 6, 4 points behind Athletico Paranaense. Before the start of round 18, the Scarlet-Black have 24 points in their asset. By the way, three other clubs have the same number, so the loss of points in the upcoming game will cost Flamengo the position, there is no doubt about it. Fla's home stats are sixth in the division, +5=1-2, 12-4 goal difference. Let's pay attention to Flamengo's conceding in home games, only Corinthians conceded less, only two goals.

The last time the future guests won was on June 5, and since then have played eight matches in Serie A, losing five with three draws. The results are terrible, not surprising that Juventude is at the bottom of the league table and is a prime candidate for relegation from the Brazilian elite. Juventude's away stats are relatively good. The visitors have seven points in eight games, +1=4-3, 8-14 goal difference.

Flamengo and Juventude have played each other 17 times in Serie A, and oddly enough, the advantage is on the side of the future guests: +7=6-4, 25-25 goal difference. At the Maracana, the opponents played eight games, +4=1-3, 16-11 small advantage for the Scarlet-Black. Last season the teams traded home wins: 1-0 on Juventude’s field and 3-1 in Rio.

We have been paying attention to the fact that Flamengo has one of the best passing stats in home games, which is 0.5. Juventude, in turn, is currently the weakest team in the division, with an eight-match winless streak. There is no doubt that Flamengo will win this Thursday and we doubt that Juventude will be able to score in the upcoming game. We offer these betting options for the upcoming match: