Flamengo vs São Paulo: Bet on Flamengo to win & São Paulo to score

Brazil Serie A. Round 2 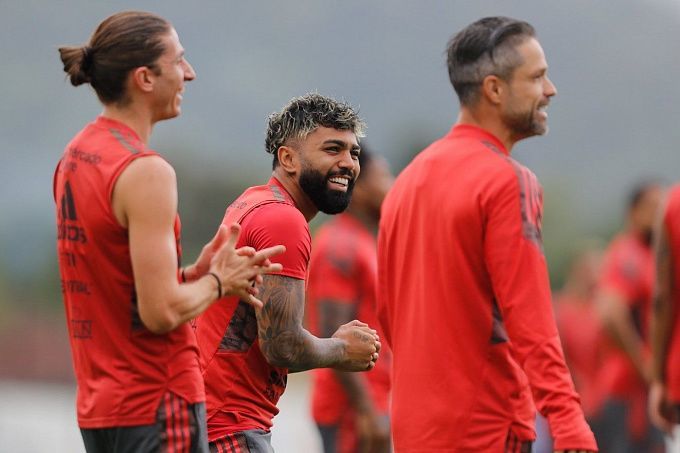 Flamengo, like Palmeiras, failed to win in the first round of the Brazilian Serie A, settling for only a draw. However, in the opening home match of the championship, the Scarlet-Black just have to win, especially since the club from Rio is to face their crucial rival, São Paulo.

Recall that Flamengo lost the Carioca finals to Fluminense in a 2-match confrontation. However, Copa Libertadores saw Flamengo get off to a great start, with two victories: on the road over Sporting Cristal and at home over Talleres Cordoba. In the first round of the Brazilian Serie A Flamengo had a draw with Atletico Go, the game ending with the score 1-1, as Bruno Henrique answered to the opponent's goal. Overall, Flamengo's current form is quite good, but the future home team still lacks stability.

São Paulo represents Brazil in the Copa Sudamericana, the second most important tournament of South American soccer. So far, the Tricolor has followed a consistent pattern in this tournament. In the first two rounds, two wins over Ayacucho and Everton De Vina. In the first round of Serie B, São Paulodefeated Atlético Paranaense at home, but in the Paulista, São Paulo did not succeed. The final of the state championship saw the Tricolor weaker than Palmeiras in a 2-match clash, although they beat the Greens 3-1 in their first home game.

Flamengo and Sao Paulo have played each other 49 times, 14 wins for the club from Rio, 15 draws and 20 victories for São Paulo. Surprisingly, quite an impressive percentage of victories is with the Tricolor, namely 41%. In addition to Serie A, the teams played each other in Copa do Brasil, Copa Libertadores and in friendly matches. In Serie A Flamengo and São Paulo have played 43 games, 12 of which were won by the Scarlet-Black while São Paulo had 14 draws and 17 wins. On the field of Flamengo, the hosts have a historic advantage: +10=7-7 in 24 games, with a goal difference of 30-31. In Serie A at the Maracanã, Flamengo have won nine of their 21 games with six draws and six victories for the Tricolor.

With all due respect to São Paulo, the Tricolor are noticeably weaker than Flamengo right now, and after the Scarlet-Black's loss in the Carioca State Final and the draw in the first Serie A match against Atletico Go, there is no doubt that the Scarlet-Black will take the upcoming game with the utmost commitment. As the first bet, we suggest the clean victory of the hosts. W1 for 1.768 at the line of 1xbet.

The last three matches between Flamengo and São Paulo ended with both teams scoring. We believe that this trend will continue in the upcoming match. Second bet: W1+BTTS for 4.00 at Bet365.