Fluminense vs Atletico Mineiro Prediction: the Rooster to Catch Up with the Leader 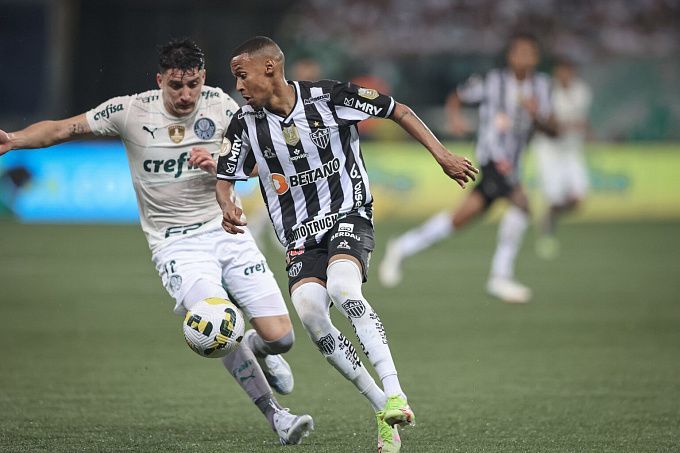 Prediction for the Brazil Serie A Fluminense vs Atletico Mineiro match, which will take place on June 9. The Rooster has fallen in the standings after the draw with Palmeiras and are now dreaming of satisfaction, which may help them regain the lead in the championship standings.  Who will turn out to be stronger? Check the team conditions! Several betting options are available.

After defeating Oriente Petrolero 10:1 in the sixth round of the South American Cup, Fluminense suffered two consecutive defeats. First, they lost in the derby to Flamengo at the Maracana. In the last round of Serie A, Fluminense were 0:1 away to Juventude. The failures have caused the Rio club to drop out of the South American Cup zone as well, although only recently the Tricolores were close to the top-6. At the moment, Flu is 13th in the division, three points behind São Paulo in the Copa Libertadores zone. It should be noted that Fluminense's home stats are 17th in the league, +1=1-2, 3:4 goal difference.

While Fluminense finished the group stage of the international tournament with a resounding victory, the Rooster suffered a sensational home defeat from little-known Tolima. Still, that defeat did not affect AM's playoff appearance in the Libertadores Cup being first in the group. After Tolima, the team played two matches in the Brazilian championship: a 2:1 home victory over Avai and an away draw against Palmeiras, which cost the Rooster second place. Atlético Mineiro is currently in third place in the peloton, two points behind leading Corinthians. Atletico Mineiro has not lost away to Brasileirao yet, +1=3-0, 4:3 goal difference. It should be noted that Belo Horizonte's away figures are quite low.

At the Maracana, Fluminense does not play very efficiently at the Brasileirao, just as Atletico Mineiro does on the road, because on average they scores exactly one goal per away match. As for the outcome, we are on the side of the visitors. Fluminense, after a striking blow-out of Oriente Petrolero, lost two matches in a row, including Juventude, a club from the relegation zone. The Rooster, meanwhile, are looking to regain the division lead so they need to win match after match. We expect Atletico Mineiro to win in a low-scoring game.