Fluminense vs Gremio: is the Tricolor underestimated as usual? 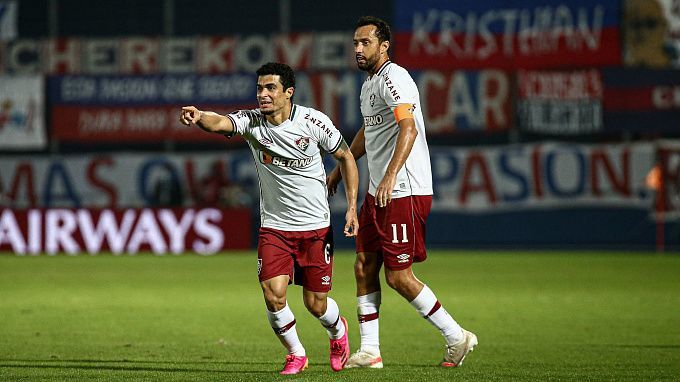 Fluminense will face Gremio in the 12th round of the Brazilian Football Championship. Bookmakers believe that the Fluminense has a slightly better chance of success than Gremio, with both teams playing international matches in midweek and will play return matches in a few days.

Fluminense has a 4-match victory streak. In this period, the Tricolores beat Flamengo, Sport, and Cerro Porteño in the first leg of the Libertadores Cup 1/8 finals, and also drew 0-0 with Ceará at the Maracana. The results are very good, but Fluminense still sits below the Libertadores Cup qualification zone, behind Bahia in standings. Fluminense's home stats are 11th in the division, +2=2-1, 4-5 goal difference. Frankly, we think that Fluminense is somewhat underestimated in the upcoming game. In the first match against Cerro Porteño, they won with a score of 2-0. Now the Tricolores have no need to beat the Paraguayans. Moreover, strategically, Fluminense will be satisfied with a minimum defeat in the upcoming game of the Libertadores Cup.

Gremio also played an away game on midweek, but not in the Libertadores Cup. They played in the South American Cup, and, just like Fluminense, won 1-0 against LDU Quito. For Gremio, this victory was the first in nine games, since June 2 and the cup game against Brasiliense. Unsurprisingly, these results put Gremio at the bottom of the standings, 20th position, with three points. Despite these statistics, Gremio is listed as the favorite for the upcoming game.  Gremio also has the worst numbers in the division playing as a visitor, with four losses in four games and a goal difference of 2-8.

Last season, Fluminense lost twice to Gremio in Serie A, home and away, twice by a score of 0-1. It seems that the bookmakers based their odds on this statistic as well. But we will pay attention to the fact that in the 1/8 finals of the Cup of Libertadores Fluminense is doing great - the victory in the first match against Paraguayans 2-0. And now, the team from Rio is not necessary to throw all the forces on the CL, exposing, so to speak, the rear of the match in the championship of Brazil. In addition, Fluminense played well at the Maracana last season and this season. Whereas Gremio has serious problems playing as visitors with bad results in the current season. We offer the following odds for the game: W1 for 2.54, T1 TU (2.5) for 1.08, W1 + Both Teams To Score - Yes for 6.00.