Fortaleza EC vs Atletico Paranaense Prediction: The Tricolours will continue their climb up the standings 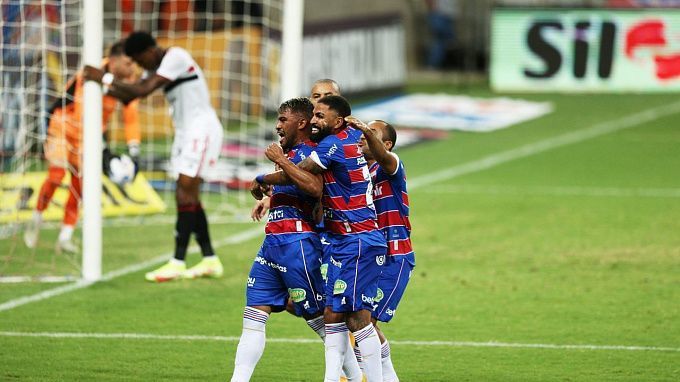 Atletico Paranaense has climbed high at the start of the Brazilian championship 2022, currently in third place in the standings. The Red and Black will play their next match away against Fortaleza. Will Paranaense win again? We'll pick a few options to bet on at once.

The team has had a disastrously disappointing start to Brazil's new championship. Fortaleza won only 1 of their ten matches; they scored only seven goals, conceded 13, and scored only 6 points, securing last place in the standings. They are now five points behind the team in 16th place.

However, the previous two matches can give the team's fans optimism. Fortaleza first beat Flamengo away (2:1) and then drew with Goias (1:1) at home. In the last two rounds, they have four points.

The Red and Black began the 2022 championship badly, losing 4 of their first six matches. However, Atletico Paranaense then produced a run of 3 wins in 4 games. As a result, they climb up to third place in the standings. The Red and Black have 16 points, just a 3-point advantage over leading Palmeiras. However, they have a negative goal difference of 11:12.

In the last game, Atletico Paranaense had a successful visit to Juventude (3:1).

Atletico Paranaense doesn't seem to be a strong team. The Red and Black's current third place is probably a temporary phenomenon, and it won't be long before they drop significantly in the standings. Fortaleza took the final 4th place last season, and there are significant doubts that they have become so weak to stay at the bottom of the table for a long time now. The team's previous two matches show that Fortaleza is gradually returning to life. It is likely that in the upcoming game, they will continue to climb. The prediction is a win for Fortaleza.