Fortaleza vs Goiás Prediction: Tricolor to get closer to safe zone 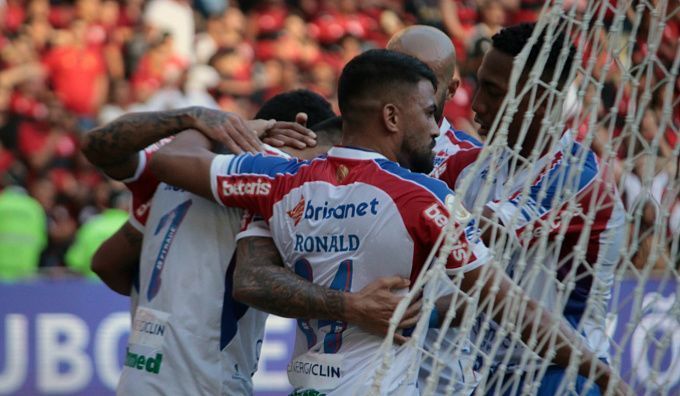 Round 10 of the Brazilian Serie A will end with the match between Fortaleza and Goiás. Bookmakers are on the side of the future owners of the field. Tricolor are desperate for points, and as shown by the match against Flamengo, they are also in great shape.

Despite the victory over Flamengo, Fortaleza continues to be at the bottom of the Brasileirao standings, six points behind Avai in the saving 16th position. Recall that Fortaleza participated in the group stage of Copa Libertadores and earned the right to play in the playoffs of the most prestigious tournament of South American soccer. Obviously, the Tricolor simply did not have enough strength to play in two tournaments. Now there is an opportunity to concentrate on the national championship without being torn, so the Tricolor are doing.

Goiás visits Fortaleza with a two-match winning streak under their belt. In Copa do Brasil, the Greens beat Bragantino and made it to the next round. In the national championship, they were stronger than Botafogo. Before the reported match, Goiás is in the middle of the standings, in 15th position with an asset of 12 points. In case of victory over Fortaleza, the visitors have a chance to move up to the Copa Libertadores zone in one fell swoop. On the road, Goiás have the seventh stats in the division, +2=0-3, 5-8 goal difference.

Fortaleza and Goiás have played each other 12 times in two tournaments. In addition to Serie A, they faced off in Serie B. Overall, the big advantage is on Fortaleza's side +6=3-3, 17-13 goal difference. In Serie A, the stats are also in favor of the Tricolor, +5=3-2, 13-10. On the field of Fortaleza, the hosts have a big advantage: +3=2-1, 8-5 goal difference. It should be noted that the last time the teams played each other was in the 2020 season when Fortaleza beat the opponent on the road 3-1, and Castelao saw a 1-1 draw.

After beating Flamengo at the Maracana, it's time to get a home win, especially since Fortaleza's opponents will be far from top-ranked Goiás. Given Fortaleza's current position in the standings, it's obvious that the home team can't have any other task in the upcoming game but to win. We believe that Fortaleza will win on Friday, and we have a feeling that Steel Tricolor will also improve their goal difference, one of the worst in the division. We offer these betting options for the encounter: