Goias vs Coritiba Prediction: Can Goias Win at Home and Give their Fans Something to Cheer About? 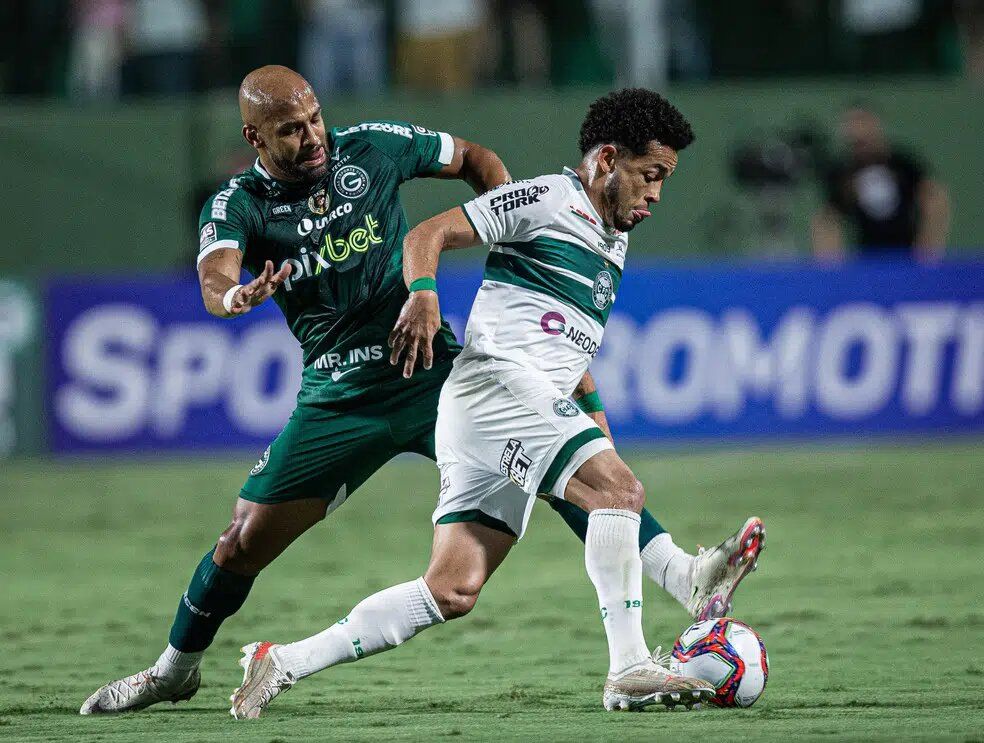 After a break, the live action from Brazil Serie A will return, featuring Goias up against Coritiba in Goiania. With Goias playing at home, we can expect something special for them as they play in front of their home crowd. Goias stands 14th with just 5 wins and 22 points from its 19 games, whereas Coritiba stands just above them at the 13th spot with 22 points and 6 wins in the competition so far. The game is expected to go either-wise as both teams will be looking to enter the Copa Sudamericana Stage qualification standings.

From their last five games, Goias has managed to win only one, and that came against Athletico Paranaense (2-1). In their last game, we saw some exceptional individual performances from Dada Belmonte, Daniel Cardoso, and Pedro Raul, who secured the equalizer in the extra time. Goias almost lost the game, but it was Raul who managed to squeeze through the defense of Sao Paulo and get the ball in the net. With a goal-scoring average of 1.1 goals per game, Goias is expected to get few goals at home. Tadeu will look to stay busy doing his job in front of the goal post.

Coritiba - Coming off a Crucial Against Cuiaba (WLLDL)

After losing two back-to-back games against Corinthians (3-1) and Flamengo (2-0), Coritiba came back strong and registered a morale-boosting win over Cuiaba (1-0). Going in the game against Goias, Coritiba will look to take confidence from their last win and move up the table. Coritiba has a goal-scoring average of 1.2 goals per game, which is quite average and can be improved. All eyes will be on Igor Paixao, who is known to create scoring chances for his side. Coritiba leads the head-to-head stats against Goias with 5 wins.

Going in the game, I will be expecting both sides to bring out the best in themselves, making the game competitive and intense till the very last minute. I will back Goias to win and score 2 goals against Coritiba.