Goias vs Esporte Club Juventude Prediction: Should be a One Sided Fixture 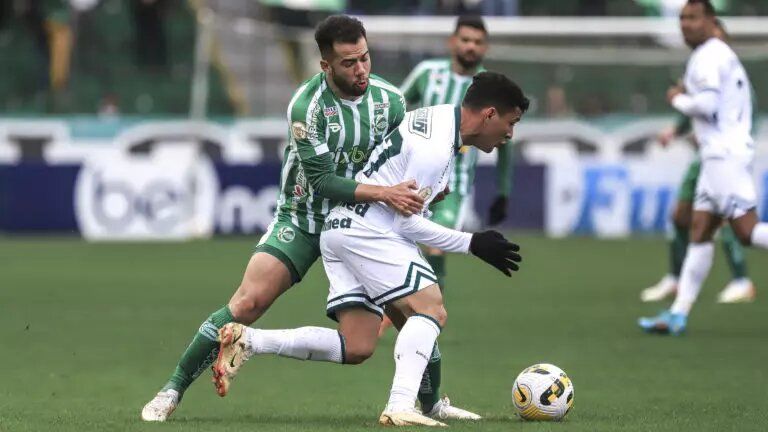 In the upcoming fixture of the Brazil Serie A, Round 36, Goias will take on Juventude at the Estádio da Serrinha in Goiânia. According to the table standings, Goias stands 14th with 10 wins and 43 points from 35 games played. Juventude is still at the bottom of the table with just 3 wins and 21 points from 35 games played. With the game excelling in the competition, Juventude stands a pretty thin chance of winning. The last time these two sides played, the game ended in a draw (0-0).

Goias - Coming off a Defeat Against Athletico Paranaense (LDDWL)

Going in the game, Goias is coming off a defeat against Athletico Paranaense (3-2), in which Goias came very close but were unable to strike and level the game. In the previous game, Pedro Raul and Yan Souto scored goals. With a 3-4-2-1 formation, much will depend on how Raul and Vinicius take on the game. With a goal-scoring average of 1.1 goals per game, Goias will look positive for winning at home. Apart from all the positives from the last game, Goias hasn’t won a home game in its last 5 matches. For tomorrow’s game, Savio Alves, Matheus Santos, and Luiz Filipe will be unavailable for selection.

Esporte Club Juventude - Coming off a Defeat Against Coritiba (LLLDL)

Going in the contest, Juventude is coming off a defeat against Coritiba (0-1) and Atletico MG (1-0). In the last five games played, Juventude has lost four and won a single game. Though Juventude hasn’t been in fine touch lately, but can certainly apply pressure at the opposition. With a goal-scoring average of 0.7 goals per game, Juventude might lag behind the required scoring rate.

Going in the game, Goias will be likely to be the favorite and only the home side to score. The game total is likely to be over 1.5 goals, and Goias to win 2-0. Juventude might experiment with a few changes in the contest, as many seasoned players are benched due to various injuries.